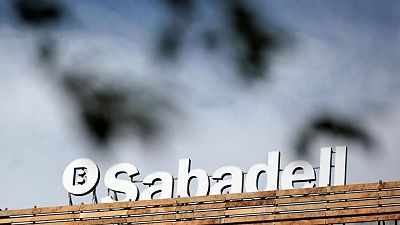 MADRID -Lower loan loss provisions and costs and a boost from lending activity at its British unit TSB allowed Spain’s Banco Sabadell to almost treble its net profit in the second quarter compared to the same period a year ago.

The lender said its board had proposed a cash dividend pay-out of 30% against 2021 results, following ongoing conversations with the supervisor..

Sabadell’s acquisition of TSB in 2015 backfired when IT glitches sent costs spiralling in 2018. It has for now frozen its plans to sell TSB until it completely turns around its business.

On Thursday, Sabadell’s Chief Executive Officer Cesar Gonzalez-Bueno told analysts that TSB was also on track to meet its costs savings target of 730 million pounds by 2023 and added this unit “recorded its best ever mortgage lending origination in June.”

Banks across Europe are under growing pressure from low interest rates as they grapple with the COVID-19 impact but a more benign economic scenario also allowed Sabadell to reduce its cost of risk, which acts as an indicator for potential losses in the future, to 53 basis points from 69 basis points in March.

It did not book coronavirus provisions in the quarter.

Sabadell also said it was on track to meet its overall strategic plan year-end targets, which foresees a low single digit growth in net interest income, earnings from loans minus deposit costs, in 2021.

Its net interest income already rose 3.9% in the second quarter compared to the same quarter a year ago to 852 million euros, slightly above analysts’ forecasts of 848 million euros, thanks to an increase in mortgage lending in Spain and the UK.

Its three-year strategy sets a return on equity target (ROTE), a measure of profitability, of more than 6% by the end of 2023. It finished the first half with a ROTE of 3.88%.

Sabadell’s failure to merge with bigger rival BBVA in November added pressure, and the bank is also expected to focus on new cost-cutting measures in Spain.