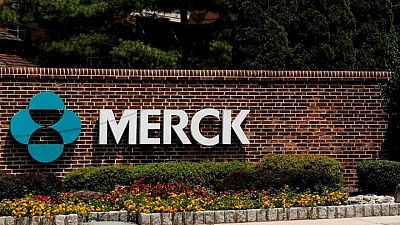 By Manas Mishra and Carl O’Donnell

Sales of non-COVID-19 vaccines and physician-administered drugs are expected to recover as hospitals and clinics have started to adapt to the impact of the pandemic, Merck executives told investors.

Merck, which failed in its efforts to produce a coronavirus vaccine, expects to have late-stage data for its COVID-19 antiviral, molnupiravir, in October, Chief Financial Officer Caroline Litchfield said.

The U.S. drugmaker in June agreed to provide 1.7 million doses of the drug to the United States government for around $1.2 billion once it is cleared by regulators. It is also in supply talks with other countries.

Demand for Gardasil, its vaccine to prevent cancers linked to the human papillomavirus, recovered sharply in the second quarter as patients started to catch up on routine medical visits skipped at the height of the pandemic.

Recent improvements in the supply chain for the vaccine will drive “very strong sequential and year-over-year growth for Gardasil in the back half of the year, especially in ex-U.S. markets,” said Franklin Clyburn, president of Merck’s human health business.

Sales of cancer immunotherapy Keytruda rose 23% to $4.18 billion in the quarter, in line with estimates.

The company’s top growth driver is on track to become the world’s best-selling drug by 2023.

Merck on Thursday said it had the financial flexibility to consider deals of all sizes and would focus on assets that could add to its strength in the cancer market.

“We want to build upon that strength and actually see ourselves as a company that over time can be a broad player across oncology,” said Merck’s new Chief Executive Officer Robert Davis on an investor call.

“One of the areas we continue to believe we do not need to go is to the very large synergy-driven deals. I think we have enough firepower in our own pipeline,” he added.

Merck reported adjusted earnings of $1.31 per share for the quarter, in-line with analyst estimates. Its share were down 1% in early trading.