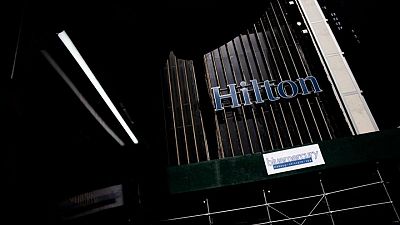 -U.S. hotel operator Hilton Worldwide Holdings Inc swung to a quarterly profit on Thursday and forecast sustained growth in the second half of the year as leisure travel recovers on easing pandemic-related curbs.

“While the pace of recovery varies by region, we expect continued strength in leisure demand and further upticks in business travel to drive continued resurgence in the back half of the year”, Chief Executive Officer Christopher Nassetta said.

The company reported a 233.8% jump in comparable RevPAR – a key performance measure for the hotel industry – for the quarter. System-wide occupancy came in at 58.5% in the second-quarter, compared with 22.3% a year ago.

The U.S. hotel industry’s occupancy levels in June were the highest recorded since October 2019, reaching 66.1%, according to data https://str.com/press-release/str-us-hotel-performance-june-2021 from research firm STR.

Occupancy rate for the company’s U.S. region rose to 63.7% in the quarter as domestic leisure travel continues to steer the demand recovery.

The company reported net income attributable to Hilton stockholders of $130 million, or 46 cents per share, in the second quarter ended June 30, compared to a net loss of $430 million, or $1.55 per share, a year earlier.

On an adjusted basis, Hilton earned $0.56 per share, beating analysts estimates of $0.40 per share, according to Refinitiv IBES data.