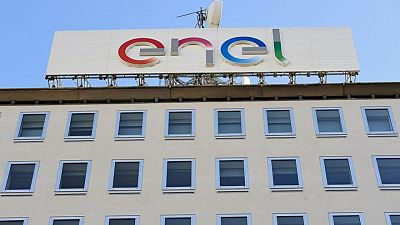 MILAN -Europe’s biggest utility Enel may consider listing its business in Brazil just as it has done in other places like Spain and Chile, the group’s chief executive said on Thursday.

“If we are a significant player in any country that has a liquid and working stock exchange then we should have a listed entity in that country,” Francesco Starace said in a call on first half results.

Enel, which has some 70 million power and gas customers round the world, controls listed Spanish utility Endesa and also controls Enel Chile and Enel Americas.

“I think this is something we need to discuss (with shareholders),” Starace said.

In Brazil, Enel operates power distribution networks in Rio, Ceara, Goias and Sao Paulo and had some 3.6 gigawatts (GW) of renewable capacity in the first quarter out of a total of 4 GW.

The CEO‘s comments came as Enel stuck to its guidance for the year as spending in the first six months jumped 16.3% to fuel growth in its core green energy and networks businesses.

Ordinary core earnings in the period fell 4.9% to 8.36 billion euros ($9.9 billion), mainly due to a one-off gain booked last year and currency devaluation, in line with an analyst consensus.

“In the second quarter the group’s performance saw a solid and visible acceleration, taking the main operating values back to pre-COVID levels,” Starace said.

The group added 1.3 GW of new renewable capacity in the first half and said it was targeting a record yearly add-on of 5.8 GW.

Enel, which makes generates most of its earnings from renewable energy and distribution grids, aims to cut its carbon emissions by 80% by 2030, boosting green capacity to 120 GW.

At the end of June it had almost 50 GW of renewable capacity and a gross pipeline of projects totalling some 305 GW.

Net debt at the end of June stood at 50.418 billion euros, up 11% from the end of last year due to investments in its Latin American business and currency effects.