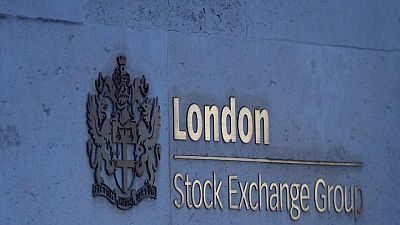 Shell jumped 3.8% to be the top boost to the FTSE 100 after its second-quarter profit jumped to $5.5 billion, the highest in over two years, while Anglo American gained 5.4% after it increased its shareholder payout to $4.1 billion, following bumper earnings.

“Some of today’s updates could raise optimism that there still remain a significant number of UK companies that may have further to go in terms of share price upside,” said Michael Hewson, chief market analyst at CMC Markets.

Also supporting sentiment was Bank of England data that showed mortgage lending surged by a record amount in June as home buyers rushed to take advantage of a tax break before it was scaled back. Shares of homebuilders gained 0.9%

The FTSE 100 has recovered 41% from its March 2020 lows, supported by dovish central bank policies, although it has largely underperformed the local mid-cap index and wider European market peers on concerns about higher inflation and rising coronavirus cases.

“The UK market has been underowned and unloved for most of the global funds since Brexit and this perception doesn’t look to change soon enough,” said Keith Temperton, sales trader at Forte Securities.

Shares of communications company BT and medical technology company Smith & Nephew were the top losers on the FTSE 100 as their results failed to impress investors. (Graphic: FTSE 100 performance, https://fingfx.thomsonreuters.com/gfx/mkt/dwvkrgkwzpm/FTSE%20100%20performance%20july.png)