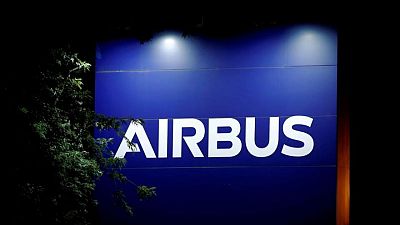 PARIS -Europe’s Airbus doubled its full-year profit forecast and raised the outlook for jet deliveries after posting better-than-expected half-year results, pushing its shares to the highest level since the start of the coronavirus crisis.

The world’s largest planemaker said it was benefiting from the beginnings of a recovery in air travel demand, but cautioned that uneven global vaccination rates and the spreading Delta variant of COVID-19 left uncertainty over the recovery.

Airbus said it expected to deliver 600 aircraft in 2021, up from a previous target of at least 566, and doubled its forecast for operating income to 4 billion euros ($4.7 billion) while predicting 2 billion euros of free cashflow.

Reuters reported on Wednesday that Airbus would deliver more than 600 jets this year after negotiating workarounds with cash-strapped airlines, including deals that allow some to delay accounting for new planes on their balance sheets.

“COVID-19 is not over,” Chief Executive Guillaume Faury told reporters on Thursday.

“Levels of vaccinations are very diverse around the world and we cannot exclude that after the Delta variant there will be another one, so we believe we have to remain very prudent,” he said, adding: “It is going to a bumpy road in terms of recovery.”

Even so, shares in the Paris-listed heavyweight rose as much as 4.9%, helping to propel European shares to record highs.

Stifel analyst Harry Breach said the stronger outlook reflected a growing share of high-margin A321neo jets in deliveries as well as the depth of cost cuts at Airbus, which is completing pandemic-related plans to reduce up to 15,000 jobs.

Led by its commercial aerospace and helicopter divisions, Airbus swung to an operating profit of 2.01 billion euros in the second quarter, compared with a loss of 1.23 billion a year earlier, as revenue rose 70% to 14.18 billion euros.

For the first half, Airbus posted operating earnings of 2.70 billion euros, eclipsing its previous full-year goal.

Analysts were on average expecting 1.59 billion euros of operating profit on revenue of 14 billion euros in the second quarter, according to a company-compiled consensus.

Both planemakers face concerns about the slow recovery of long-haul travel. A pickup is badly needed to revive demand for wide-bodied jets that was sagging even before the crisis.

Airbus announced the launch of an A350 freighter in a bid to break Boeing’s longstanding dominance of a lucrative but volatile part of the jet market, which has benefited from growth in e-commerce during the pandemic.

It has not yet secured orders for the new plane, which it expects to deliver to the first customer in 2025.