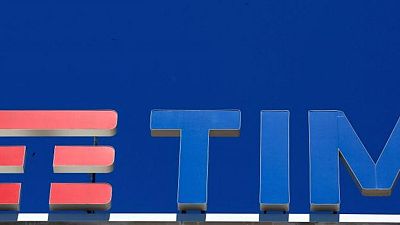 MILAN – Telecom Italia may seek investors for its cloud and wholesale undersea cable businesses as it looks to extract value from its assets, Chief Executive Luigi Gubitosi said on Wednesday.

Like other European rivals, Italy’s biggest phone group has been facing growth issues as the pandemic compounds the long-standing challenge of tougher competition on its home turf.

Last week, it pushed back a goal to stabilise core profits this year, citing higher costs linked to the start up of the DAZN deal, while confirming the target of stabilising domestic revenue.

Speaking to analysts after second quarter results, Gubitosi said TIM would press ahead with plans to extract full value from its network assets.

Gubitosi said TIM would assess options for both its cloud firm Noovle, which has a strategic partnership with Google, and its international wholesale unit Sparkle, including potential alliances and new investors.

“At the end of 2021, I think both companies will be in a position to assess what the next step for growth is,” he said, adding the group remained keen to talk with CDP over a potential tie-up with state-backed rival fiber optic operator Open Fiber.

Gubitosi welcomed a decision by Italy’s competition watchdog to accept amendments to a deal between TIM and DAZN that would avert precautionary measures being imposed on their technical and distribution partnership.

The proposed changes and measures, including a pledge to make TIM‘s pay-TV offer with the sports streaming service available to clients of other telecoms operators from Aug. 1, would prevent irreparable damage to competition ahead of the start of Italy’s top-flight Serie A soccer season.