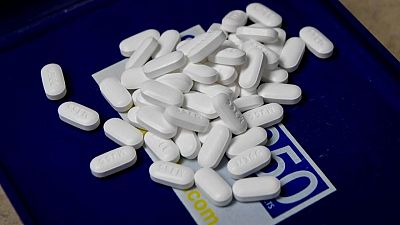 WILMINGTON, Del – Four major U.S. drug companies agreed to a $26 billion settlement last week to end lawsuits over the opioid crisis, but treatment advocates expressed frustration that the money will be slow to arrive and worry it could be misspent.

The distributors will make payments over 18 years and Johnson & Johnson over nine years. But to receive the maximum payout, the deal will need near universal agreement from states and local governments to end thousands of lawsuits alleging the companies fueled a crisis that has contributed to 500,000 overdose deaths since 1999.

“As someone on the ground, $26 billion makes a flashy headline,” said Ryan Hampton, who is in recovery from addiction and has worked with non-profits and lawmakers on the opioid crisis. “But spread over 18 years, it’s pennies.”

The state attorneys general and lawyers for local governments said settling the litigation would avoid years of trials and appeals.

The agreement is the second-largest cash settlement in U.S. history, but Hampton said even the size was disappointing. “In 2017, we were told this could be larger than the tobacco litigation,” referring to the 1998 tobacco settlement with cigarette makers that totaled $246 billion paid over 25 years.

If the opioid settlement becomes effective, it will provide a framework for settling cases against other companies that allegedly contributed to the crisis and could lead to billions of dollars in additional payments.

There are signs of opposition to the opioid agreement, however.

State attorneys general from Washington and New Mexico oppose the deal. And Larry Krasner, the district attorney of Philadelphia, which has been hard hit by the crisis, said he intends to keep pursuing his lawsuit against drug companies.

“Any money Philadelphia receives from it will be too low in amount, too slow in payment, or a no-show – it may not even arrive in Philly,” Krasner said.

The opioid deal was shaped by lessons learned from the tobacco funds, only 3% of which have been spent on smoking cessation programs.

Paul Geller, one of the negotiators of the opioid agreement who represents local governments, said they worked with public health experts to identify best uses of the $26 billion, which are detailed over 14 pages in the distributors’ agreement.

“We couldn’t risk money going into general funds and being used to fill pot holes,” he said.

Joshua Sharfstein, vice dean for public health at the Johns Hopkins Bloomberg School of Public Health, said he was concerned that 30% can be used to repay governments for money spent on past expenditures.

“I think there are some good concepts in this agreement, but there is a lot of room for implementation,” said Sharfstein. “Vigilance is going to be really important.”

Geller said money used on prior expenses must be abatement related and he cited the example of a city repaying itself for a long-term investment related to opioids, such as an ambulance.

States are encouraged to follow the lead of New York, which created a “lock box” fund in June that is overseen by experts who are empowered to ensure the money is spent on addressing the addiction crisis.

Some advocates fear the money will be directed to programs only available to people who have been convicted of a crime or that restricts the use of treatment medications such as buprenorphine.

Michelle Wright of the Harm Reduction Coalition, which focuses on preventing overdose deaths, said she’s concerned spending will been overseen by state agencies that are removed from the crisis.

“They don’t have the lived experience of why the money should be used a certain way,” she said.

Others said they were concerned boards could worsen racial disparities in addiction treatment.

Courtney Hunter, vice president of Shatterproof, a group fighting the crisis, has been working to develop state laws similar to New York’s to direct the uses for the settlement funds.

If done with proper controls, she hopes the settlement funds paid over many years can create sustainable programs that can integrate substance abuse disorders into the wider healthcare system, starting with primary care.

“We need to completely revamp and repair the system and that won’t happen with one influx of dollars,” she said.

MaryBeth Cichocki of Delaware lost her son six years ago to opioid addiction, which started with a Percocet prescription for back pain.

She said she worries the money won’t be used to address the lack of access for people with limited insurance. But she supports the agreement.

“Losing a child is the worst thing a person can live through. You survive but you’re the walking dead,” she said. “I hope it does go through. They deserve to pay for what they did.”