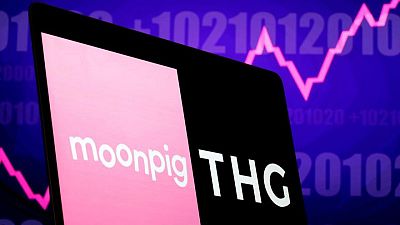 LONDON – British online greetings card firm Moonpig said demand had soared in the pandemic as store closures drove shoppers onto the internet, resulting in orders, revenue and earnings more than doubling in its first results as a listed company.

But shares in the firm, which accounts for more than 60% of the online greetings card market in Britain and the Netherlands, dropped more than 8% on Tuesday, after it warned demand would slow in its new financial year as shops reopened.

“Moonpig’s prelims were predictably impressive but the outlook statement didn’t inspire us, and we are downgrading our previously top-end numbers,” Peel Hunt analysts said, cutting their rating to “hold” from “buy”.

Chief Executive Nickyl Raithatha said it sold about 60 million cards and 10 million gifts and flowers during the year, including a very strong Valentine’s Day, which coincided with a COVID-19 lockdown, and an even bigger Mother’s Day.

“The long term growth opportunity for this business remains fast, with the majority of the card and gifting markets still offline,” he told reporters.

Moonpig forecast group revenue would be 250-260 million pounds this financial year, down on last year but up 45-50% on the year ended April 2020.

“It now seems that our bullishness was too extreme and we sense that the market too expected a bit more from the outlook statement,” the Peel Hunt analysts said.

Raithatha said customers in Britain tended to react more slowly to changes in lockdown policy than in the Netherlands, but trading was ahead of expectations in both countries.