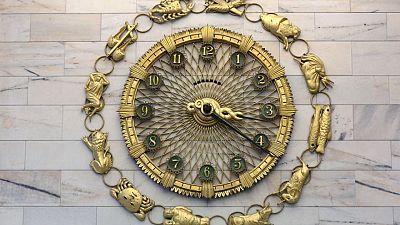 MILAN – Italy’s biggest bank Intesa Sanpaolo on Tuesday said it would end with immediate effect the financing of coal mining with a view to phasing out exposure to the sector by 2025.

Answering questions from shareholders ahead of its annual general meeting, Intesa in April said it was reviewing its coal financing policy and would set new goals by the end of the year.

BlackRock, Intesa’s second-biggest shareholder, in December 2020 pledged to more than double the number of companies it engages with over climate-related issues.

Updating its policy, Intesa said it would phase out all financial services to companies operating in the coal mining sector by 2025.

Rival heavyweight UniCredit in September set a goal to cut its coal exposure to zero by 2028, declining to provide banking services for any coal-related projects.

Intesa also adopted a new policy for unconventional oil and gas, which includes techniques such as fracking or oil sands, ending new financing immediately and planning to phase out exposure by 2030.

“The adoption of these measures is an important additional step by the bank in combating climate change,” it said.

Intesa said it had tightened up exclusions envisaged for coal-fired power generation, focusing on the transition plans of companies operating in this sector.

“The group will support companies in the transition to a low-carbon economy, including through financing aimed at renewable energy production,” Intesa said, listing possible financial tools such as green, sustainable and transition loans.

Intesa’s announcement comes after energy and environment ministers from the Group of 20 rich nations meeting in Naples last week failed to agree on the wording of key climate change commitments in their final communique.