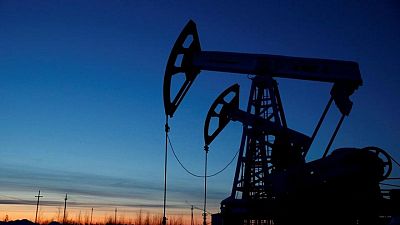 NEWYORK -Oil prices held steady on Tuesday ahead of the release of U.S. inventory data as investors worried that global demand could be dented by surging COVID-19 cases, even though supplies are tightening and vaccination rates rising.

Analysts polled by Reuters expected the data to show U.S. crude stocks fell by about 2.9 million barrels and gasoline stocks fell by 900,000 barrels in the week to July 23. [EIA/S]

Official inventory data is due from U.S. Energy Information Administration on Wednesday.

“The problem right now seems to be the Delta variant of the coronavirus, which is holding the market back even though all the evidence right now suggests a dramatic tightening of supplies,” said Phil Flynn, senior analyst at Price Futures Group in Chicago. He said that tightness otherwise should cause prices to “break out to the upside.”

Britain reported its highest number of deaths and people in hospital with coronavirus since March. The U.S. Centers for Disease Control and Prevention (CDC) was set to recommend fully vaccinated Americans wear masks indoors in some instances, sources said.

The United States issued travel warnings to Spain and Portugal because of rising COVID-19 cases.

Olympic host city Tokyo was on track to report a record number of coronavirus cases even as athletes continued to compete.

Global economic growth prospects remained strong, even though most economists in Reuters polls were worried about new variants of the coronavirus.

The International Monetary Fund maintained its 6% global growth forecast for 2021, upgrading its outlook for wealthy economies but cutting estimates for developing countries struggling with surging infections.

U.S. consumer confidence inched up to a 17-month high in July, with households’ spending plans rising even as concerns about higher inflation lingered.

Global oil markets are expected to remain in deficit despite a decision by the Organization of the Petroleum Exporting Countries (OPEC) and allies, collectively known as OPEC+, to raise production.

“Gasoline strength represents a bullish consideration across the complex as it has begun to translate to stronger Brent premiums against WTI,” said Jim Ritterbusch, president of Ritterbusch and Associates in Galena, Illinois.

The premium of the Brent front-month over WTI rose to its highest since May.