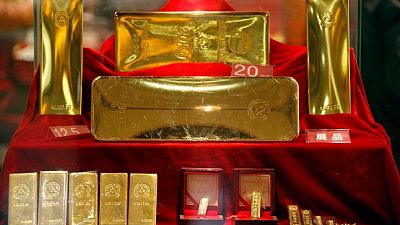 – China’s net gold imports via Hong Kong jumped nearly 42% in June after a slump in May, Hong Kong Census and Statistics Department data showed on Monday.

Net gold imports via Hong Kong to China, the world’s top consumer of the metal, stood at 30.887 tonnes in June compared with 21.781 tonnes in May, the data showed.

China’s net gold imports via Hong Kong fell more than 50% in May after touching their highest since June 2018 in April.

“Gold was trading as low as $50 discount in early June, There was good buying interest in China. In addition, we saw bargain hunters buying more below $1,800/oz in spot,” said Bernard Sin, regional director for Greater China at MKS.

“However, we would expect imports to drop in July, based on lack of demand,” he added.

A combination of resurgent COVID-19 cases and new regulations on precious metal trading pushed Chinese gold prices to a discount of as much as $20-$50 an ounce in early June over international spot prices.

“A fall in gold prices in June made gold attractive. Chinese traders were reluctant in the beginning of the year, so seem to have built up some positions in June,” said Commerzbank analyst Daniel Briesemann.

The Hong Kong data do not provide a complete picture of Chinese purchasing as gold is also imported via Shanghai and Beijing.