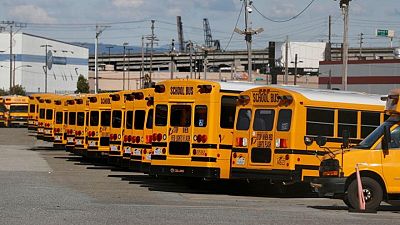 -Coast Capital on Monday demanded the resignation of FirstGroup’s chief executive and two board members in the wake of a contentious asset sale, deepening a rift between the British transport company and its biggest shareholder.

New York-based Coast, which owns roughly 15% in FirstGroup, has been opposing the sale of the company’s U.S.-based FirstStudent and FirstTransit businesses to Swedish group EQT, arguing the price was too low.

The deal closed last week after 61% of investors at a meeting in May voted for the $4.5 billion sale. FirstGroup then boosted shareholder returns by 37% to 500 million pounds ($687 million), using a portion of the proceeds from the sale.

“Given the board’s decision to pursue a different path, Coast Capital and fellow shareholders request that (FirstGroup CEO Matthew) Gregory resign,” Coast said in a statement. It also asked for the resignation of board members Julia Steyn and Warwick Brady.

A FirstGroup representative declined to comment on Coast’s demand for the resignations, but said: “We consistently engage on a variety of topics with all our major shareholders. We have carefully considered Coast Capital’s various outline and initial ideas for the business over time.”

The company’s sale of FirstStudent and FirstTransit “achieved a full strategic value that looks beyond the pandemic,” the representative said, adding that the deal also allows the group to address long-standing liabilities and make contributions to its pension scheme deficits.

Coast Capital had also pushed for Gregory’s ouster in 2019 but failed to win the support of a majority of shareholders. Still, a Coast Capital board nominee, David Martin, was eventually named chairman.

FirstGroup is sharpening its focus on its buses and trains businesses in Britain, and is trying to find a buyer for its Greyhound bus service in the United States.

Schroders, FirstGroup’s second-largest shareholder, that also opposed the original EQT deal along with Coast, did not immediately respond to a request for comment on Monday.