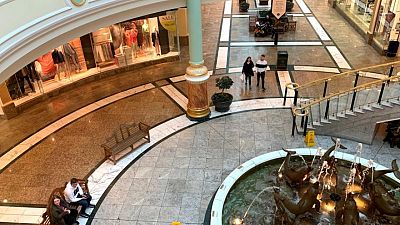 LONDON – British consumers were their most confident in July since before the coronavirus pandemic despite a pick-up in COVID-19 cases, a survey from market research firm GfK showed on Friday.

GfK’s monthly consumer confidence index rose to -7 in July from -9 in June, its highest since February 2020. The index was last above this level in May 2017.

Economists polled by Reuters had forecast a slightly smaller rise to -8.

A seven-point jump in a measure of people’s willingness to make big purchases showed consumers were responding to the lifting of coronavirus restrictions on non-essential shops in May, Joe Staton, GfK’s client strategy director, said.

“However, threats from increasing consumer price inflation, COVID variants and rising infection figures, (and) the looming end of furlough and the Job Retention Scheme could put the brakes on this rebound,” Staton said.

A fall in confidence in the economy in the year ahead to -5 from -2 in June showed consumers were aware of those risks, he said.

Britain’s economy slumped by almost 10% last year, its biggest decline in more than 300 years, but the impact was softened for many households by the job furlough scheme that paid 80% of their previous wages.

A separate survey conducted on a daily basis by data company Morning Consult showed strong consumer confidence in Britain held up in recent days after a slip in late June when COVID cases accelerated. The latest wave of the disease has caused fewer hospitalisations and deaths due to widespread vaccination.

Morning Consult’s five-day rolling average gauge of confidence in Britain stood at 84.1 on Wednesday, up from just under 82 in late June although a bit below pre-pandemic crisis levels of around 87 or 88 in February 2020.

John Leer, chief economist at Morning Consult, said that for consumers in Britain and elsewhere in Europe, the index was unlikely to rise much further without fresh positive news about the economy and job prospects.

“If you’re trying to figure out what that means for you and your life a year from now, five years from now, it’s very difficult,” Leer said. “Consumers right now are very sensitive. There’s an elevated level of volatility right now.”