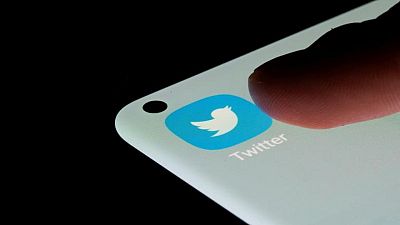 ESTEPONA, Spain -A 22-year old Briton who was detained in Spain over a Twitter hack that compromised the accounts of several U.S. politicians including Joe Biden last year has been jailed pending an extradition hearing, a court source said.

Joseph James O’Connor appeared at Spain’s High Court via videolink from the southern town of Estepona where he was detained on Wednesday.

O’Connor’s lawyer, Inmaculada Garcia Lopez, said her client, who faces several charges in the United States, had told the court he opposed extradition and was innocent of all charges.

“When the police arrested him he said: ‘I’m innocent, show me the evidence, because I have no involvement’,” his mother Sandra O’Connor, an Estepona resident, told Reuters, adding that the family would fight against the extradition.

The jailing and extradition proceedings come just over a month after the death of software mogul John McAfee in a Spanish prison, in what authorities believe was a suicide, while awaiting extradition to the United States.

The hacker used the accounts to solicit digital currency, prompting Twitter to prevent some verified accounts from publishing messages for several hours until security could be restored.

The High Court judge jailed O’Connor as a precautionary measure after taking into account the flight risk and the seriousness of the case laid out by the U.S. Justice Department. The court is expected to set an extradition hearing in the next few months.

Sandra O’Connor said her son had requested being released on bail, citing a medical condition among other reasons, but the court denied the request.

“Joseph is only 22. He’s never been arrested, he has never been in trouble and has very serious health problems – a back injury,” she said.