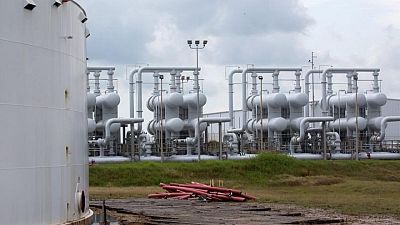 NEWYORK -Oil prices rose more than $1 a barrel on Thursday, extending gains made in previous sessions on expectations of tighter supplies through 2021 as economies recover from the coronavirus crisis.

“The death of demand was greatly exaggerated,” said Phil Flynn, senior analyst at Price Futures Group in Chicago. “Demand is not going away, so we’re back looking at a very tight market.”

Members of the Organization of the Petroleum Exporting Countries and other producers including Russia, collectively known as OPEC+, agreed this week on a deal to boost oil supply by 400,000 barrels per day from August to December to cool prices and meet growing demand.

But as demand was still set to outstrip supply in the second half of the year, Morgan Stanley forecast that global benchmark Brent will trade in the mid to high-$70s per barrel for the remainder of 2021.

“In the end, the global GDP (gross domestic product) recovery will likely remain on track, inventory data continues to be encouraging, our balances show tightness in H2 and we expect OPEC to remain cohesive,” it said.

Inventories at the Cushing, Oklahoma crude storage hub and delivery point for WTI, however, has plunged for six continuous weeks, and hit their lowest since January 2020 last week.

Barclays analysts also expected a faster-than-expected draw in global oil inventories to pre-pandemic levels, prompting the bank to raise its 2021 oil price forecast by $3 to $5 to average $69 a barrel.

“Notwithstanding the tail risks, supply-demand dynamics point to a slow grind higher in prices over the next few months,” Barclays said in a report.