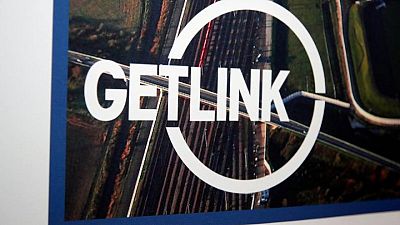 – The operator of the Channel Tunnel deepened its net loss for the first half of 2021, as extended pandemic travel restrictions and the implementation of new Brexit border controls hit its traffic.

Getlink, which operates the undersea railway tunnel that connects France with Britain, posted a net loss of 123 million euros ($145 million) on Thursday, compared with a loss of 79 million euros in the same period of 2020.

The number of passengers crossing the Eurotunnel aboard its shuttles and on Eurostar trains plunged during the first half of the year, as governments extended travel restrictions to try and control the spread of more contagious variants of the coronavirus.

Fewer logistics trucks also made the passage due to companies stockpiling ahead of Britain’s departure from the European Union, though traffic picked up again in the second quarter.

Getlink’s revenues and core profit fell 12% and 19% respectively – although both exceeded the expectations of analysts polled by the company, while its cash position hit new highs on the back of tight cost controls.

“In this context I would call our results satisfactory,” Getlink’s CEO Yann Leriche told reporters, adding that Getlink was investing in digitalising formerly manual border controls in order to make the crossing more efficient.

“We’re preparing for a rise in traffic,” he said. “We’ve seen this last year and we’ve seen it this year – as soon as travel restrictions ease people quickly make a lot of bookings with us.”

However, the group said it could not give financial guidance while governments did not give a stable timeframe on a return to cross-border travel.

To contain a fourth coronavirus wave, the French government has announced tough new measures, including requiring a health pass on long-distance trains, while Britain last week extended quarantine rules for travellers from France.