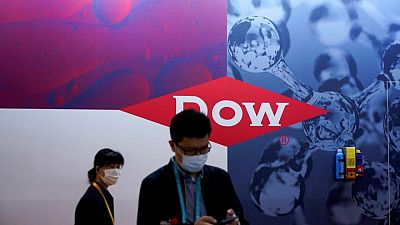 Dow also beat estimates for second-quarter profit and revenue as its chemicals – used in everything from plastic and food packaging to textiles, electronics and paints – have seen a steady rise in prices on the back of strong consumer and industrial demand as well as lower inventories.

The company said it was expecting third-quarter net sales of between $13.75 billion and $14.25 billion, well above the estimates of $12.64 billion, according to Refinitiv IBES data.

“We continue to be in the early stages of economic recovery,” Chief Financial Officer Howard Ungerleider told Reuters.

The spread of the highly contagious Delta variant, however, is fuelling fears of a pandemic resurgence and lockdowns across different parts of the globe, threatening the recovery.

“The Delta variant may lead to some slowness in specific countries or regions for a period of time, but over the next four to eight quarters, we still see strong demand,” he said.

Product prices jumped 16% in the second quarter from the prior period, while volumes rose 1%, helped by growing demand in infrastructure, industrial and personal-care end markets.

Volumes were weighed down by lingering supply constraints from the impact of a winter storm on the U.S. Gulf Coast in February.

Adjusted net operating income doubled to $2.72 per share and beat estimates of $2.45, according to Refinitiv IBES data.