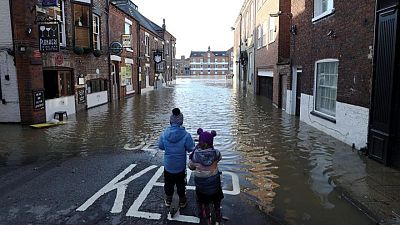 LONDON – British insurer Aviva called on Wednesday for urgent action from policymakers, developers and insurers to protect homes and businesses from the impact of climate change, saying most were ill-prepared to handle extreme weather.

“A cultural shift is needed to better understand the risks from extreme weather and prepare for its impacts,” said Adam Winslow, chief executive of Aviva UK & Ireland General Insurance.

“We need collective engagement from government, local authorities, industry and home and business owners to bring about this shift,” he said.

Flooding has devastated parts of Western Europe since last week, with regions in Germany and Belgium among the worst hit.

Aviva, whose flood mapping data shows 19% of British properties are at risk from surface water flooding, said planning regulations should be strengthened to stop properties being built on flood plains.

There should also be targeted measures to close the insurance gap, or lack of insurance, particularly among renters, protecting those most threatened by climate change, Aviva added.

Research by the insurer showed only 9% of people felt fully prepared for a flood in their home, while 38% of British householders believed climate change would have an impact on their homes in the next year and 57% thought it would have in impact in next 10 years.