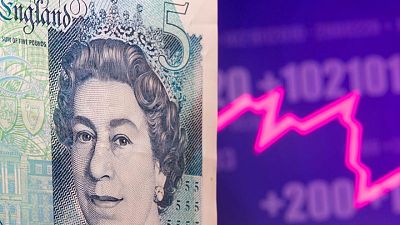 LONDON – Sterling edged higher on Wednesday after falling almost 2% against the dollar from Friday’s high amid rising numbers of COVID-19 Delta variant cases in Britain and confusion about the lifting of restrictions in England.

The pound this week fell to its lowest point since February 4 of $1.3572 after Prime Minister Boris Johnson lifted most COVID-19 restrictions in England.

Sterling rose 0.35% versus the dollar to $1.3676 at 1455 GMT as it “is attempting to stabilise after what has been a poor week so far,” said Jane Foley, Head of FX Strategy at Rabobank.

“Confusion on the removal of the lockdown measures remains a drag for the GBP in the near term,” wrote UniCredit analysts.

The government said that while cases are rising, hospitalisations and deaths remained low.

COVID cases on the rise in the UK https://fingfx.thomsonreuters.com/gfx/mkt/lgvdwmwompo/COVID%20cases%20on%20the%20rise%20in%20the%20UK.png

Versus the euro, the pound was 0.3% higher, changing hands at 86.20, not far from a two-month low of 86.69 pence against the single currency hit in the previous day.

Analysts said sterling was likely to remain under pressure as Johnson’s government demanded on Wednesday a new post-Brexit deal on Northern Ireland. The European Commission Vice President Maros Sefcovic said the EU will not renegotiate that deal.

Rules agreed for the province have been contentious since Britain severed ties with the European Union.

“Another wave of news suggesting that the EU and the UK are at odds regarding the Northern Ireland protocol will not help sentiment,” said Rabobank’s Foley.

Keeping sterling on check, a survey by Lloyds Bank showed that Britain’s economic bounce-back from the winter lockdowns cooled in June despite a surge in business for the hospitality sector.