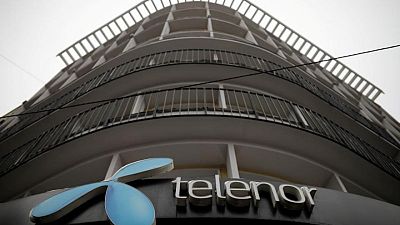 STOCKHOLM/OSLO -Telenor raised its full-year revenue outlook on Tuesday, despite the Norwegian telecoms operator posting a weaker-than-expected quarterly earnings on the negative impact of currency effects.

“Telenor returned to growth in the second quarter. The growth was driven by strong performance in the Nordics, combined with a growing subscriber base and increased data consumption in the Asian markets,” Chief Executive Signe Brekke said in a statement.

The company, which plans to sell its Myanmar telecom assets, now expects organic subscription and traffic revenue growth of 0-1% and organic EBITDA growth of 0-2%, up from a previous forecast of maintaining the 2020 level. Telenor kept its forecast for the capex-to-sales ratio unchanged at 15-16%.

Telenor, which serves 170 million cutomers in nine countries across Europe and Asia, wrote off the value of its Myanmar operations earlier this year following a military coup, and the business is now excluded from its reporting.

Citing difficulties of operating under the military junta, Telenor in July agreed to sell its business in the Southeast Asian nation to Lebanese investment firm M1 Group for $105 million.