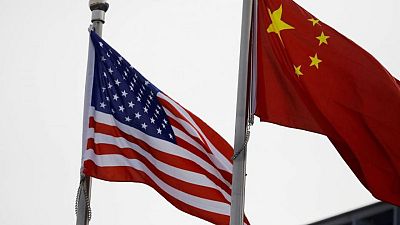 WASHINGTON -Four Chinese nationals have been charged in a global hacking campaign aimed at dozens of companies, universities and government agencies in the United States and abroad, the U.S. Justice Department said on Monday.

The charges were announced as the United States and a coalition of allies on Monday accused China’s Ministry of State Security of a global cyber hacking campaign, specifically attributing a large Microsoft attack disclosed earlier this year to hackers working on Beijing’s behalf.

The hacking was sponsored by the Ministry of State Security and focused on information that would significantly benefit Chinese companies and businesses, including research and development processes, according to the indictment cited by the Justice Department.

Reaction from the defendants was not immediately available.

The defendants and officials in the Hainan State Security Department (HSSS) tried to hide the Chinese government’s role in the information theft by using a front company, according to the indictment, which was returned in May and unsealed Friday.

“These criminal charges once again highlight that China continues to use cyber-enabled attacks to steal what other countries make, in flagrant disregard of its bilateral and multilateral commitments,” Deputy U.S. Attorney General Lisa Monaco said in the statement.

It said the two-count indictment alleges that Ding Xiaoyang, Cheng Qingmin and Zhu Yunmin were HSSD officers responsible for coordinating computer hackers and linguists at the front companies.