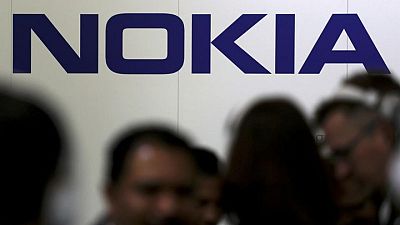 STOCKHOLM -Nokia on Monday won its first 5G radio contract in China, securing a share in one of China Mobile’s three new 5G contracts, while Nordic rival Ericsson lost market share after getting caught up in a political spat.

As is customary, Chinese companies took the lion’s share of the order. Huawei took a majority share in all three contracts, followed by ZTE, according to a document https://b2b.10086.cn/b2b/main/viewNoticeContent.html?noticeBean.id=773468 published by China Mobile.

China has been ahead of all other countries in deploying 5G networks, making it one of the biggest markets for telecom infrastructure companies.

Nokia, which didn’t secure any 5G radio contracts in China last year, got a 10% share in one of the three contracts, while Ericsson got 9.6% of another contract.

The total tender is for about $6 billion divided between the three contracts, two sources familiar with the matter said. Nokia got 4% of the overall tender, the sources said.

Ericsson said it was awarded about 2% of the work, compared with about 11% last year.

The Swedish company had been expected to get a lower share of China’s 5G roll-out after Sweden decided to exclude Chinese vendors from its own networks.

Nokia is aware of the tender results and will provide more details during its earnings call on July 29, a spokesperson said.

“Given the context and based on the bidding rules, should Ericsson be awarded business in China Unicom and China Telecom we believe it would be in a similar range as with the China Mobile award,” Ericsson said in a statement.