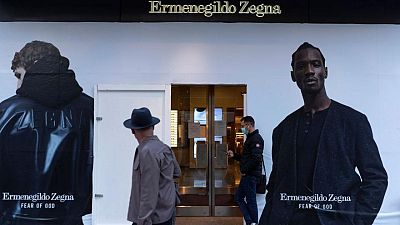 By Claudia Cristoferi and Silvia Aloisi

MILAN -Italian luxury group Ermenegildo Zegna will list in New York by combining with a U.S. investment vehicle, giving the menswear company an enterprise value of $3.2 billion and helping it expand in Asia and the United States.

The move is the latest example of an Italian family-owned fashion business luring outside investors to fund expansion, boost marketing spending and compete with bigger players, after the industry was hit hard by the coronavirus crisis.

“We could have remained private for another 100 years, but the timing was perfect and the world of luxury has become very challenging,” Chief Executive Gildo Zegna, 65, told reporters.

Zegna, founded as a textile company in 1910 and now a leader in luxury menswear, will raise $880 million by combining with the U.S. special purpose acquisition company (SPAC) launched by European private equity group Investindustrial and led by Sergio Ermotti, former chief executive at Swiss bank UBS.

Under the deal, the Zegna family will sell a portion of their holdings and retain 62% of the combined company, which is being given an equity value of $2.5 billion.

The cash raised will help Zegna expand in China, which accounted for 35% of the group’s 1.3 billion sales in 2019, and the United States. It will also help buy other brands, after its $500 million purchase of U.S. luxury label Thom Browne in 2018.

Gildo Zegna, whose “from sheep to shop” business includes much of its supply chain, said he had no intention of building a luxury conglomerate and would only acquire niche labels. He also said the group would stick to menswear.

“We have a clear strategy based on organic growth,” he said.

That has led some family owners to open up their companies to attract fresh funds. Etro, another Italian family-owned label, reached a deal on Sunday with LVMH-backed fund L Catterton to sell a majority stake.

Giorgio Armani, 87, said this spring he could consider joining forces with another Italian company. Reuters reported on Friday that John Elkann, scion of Italy’s Agnelli family, has been exploring a possible tie-up.

Zegna said the pandemic had forced his business to undergo a “healthy diet”, slashing operating expenses by 20% and cutting investments. He said he hoped sales in 2021 would come close to their 2019 levels after dropping by about 20% last year.

The group will merge with Investindustrial Acquisition Corp in a deal that will give Investindustrial an 11% stake in the Italian brand. The listing is expected this year and Ermotti and Investindustrial chief Andrea Bonomi, who will both join Zegna’s board, said they had a long-term investment plan.