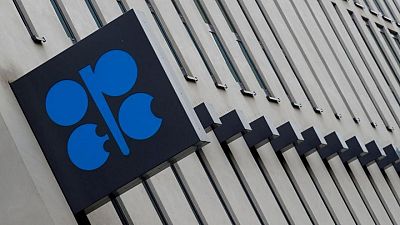 LONDON -OPEC forecast on Thursday that world oil demand would rise in 2022 to reach a level similar to before the pandemic, led by growth in the United States, China and India.

The Organization of the Petroleum Exporting Countries said in its monthly report that demand next year would rise by 3.4% to 99.86 million barrels per day (bpd), and would average more than 100 million bpd in the second half of 2022.

“Solid expectations exist for global economic growth in 2022,” OPEC said. “These include improved containment of COVID-19, particularly in emerging and developing countries, which are forecast to spur oil demand to reach pre-pandemic levels in 2022.”

The report reflects OPEC‘s confidence that demand will recover robustly from the pandemic, allowing the group and its allies to further ease record supply curbs made in 2020. Some analysts have said world oil demand may have peaked in 2019.

In the report, OPEC also maintained its prediction that demand would grow by 5.95 million bpd or 6.6% in 2021.

OPEC forecast oil demand in China and India would exceed pre-pandemic levels next year. It said the United States would make the biggest contribution to 2022 demand growth, although U.S. oil use would stay just below 2019 levels.

World economic growth was expected to slow to 4.1% next year from 5.5% in 2021, still supported by government stimulus and with the outlook “depending primarily on COVID-19-related developments”, OPEC said.

Oil was trading below $74 a barrel after the OPEC report was released. The price has climbed more than 40% this year with the help of supply cuts by OPEC and its allies, a group known as OPEC+.

The report showed higher output from OPEC and forecast more supplies from rivals in 2022, including U.S. shale producers.

OPEC+ has yet to decide on plans for the rest of 2021 after a dispute between Saudi Arabia and the United Arab Emirates disrupted talks. Reuters reported on Wednesday that the two had reached a compromise.

The report implies a wider supply deficit in the fourth quarter of 2021, assuming OPEC+ does not agree a further increase and based on Iran, Libya and Venezuela, which are exempt from OPEC+ cuts, sticking to their June production levels.

The report forecast a 2.1 million bpd rise in supply from OPEC‘s rivals in 2022 as higher prices spur investment. OPEC sees output of U.S. shale oil, another term for shale, rising by 500,000 bpd in 2022, after a contraction this year.

The extra barrels will limit growth in demand for OPEC crude next year but OPEC still sees the world needing 28.7 million bpd from its members, up 1.1 million bpd from 2021 and, in theory, allowing higher OPEC production.