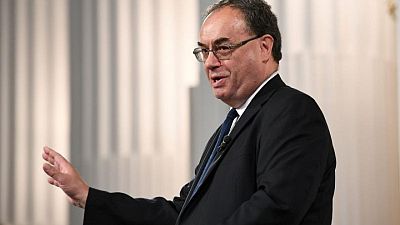 – Bank of England Governor Andrew Bailey said the BoE would assess inflation data for things that could be temporary, before taking a call on raising rates and tightening the economy’s money supply.

Official data published on Wednesday showed British inflation hit 2.5% in the 12 months to June, surging above the central bank’s target.

“(Wednesday’s) number – yes, it was higher than we thought it would be,” Bailey told https://bit.ly/3xCxcCi Business Live in an interview published Thursday.

“What we will have to do, again, is go through all the evidence and assess to what extent we think the sorts of things that underlie that are likely to be transitory.”

According to Business Live, Bailey highlighted the rise in oil prices over the last year as one such transitory issue.

The central bank’s Monetary Policy Committee will not hesitate to use policy tools if the causes behind rise in prices are persistent, he added.

“The committee has been very clear – if we think the case is made, then of course, we will respond.”

Bailey’s comments come after Bank of England Deputy Governor Dave Ramsden said on Wednesday the central bank might start to think about reversing its huge monetary stimulus sooner than he previously expected due to growing inflation pressures.

On Wednesday, another BoE deputy governor, Jon Cunliffe, said the recent jump in British inflation was a bump on the road as the economy reopened from lockdowns, and the BoE would look at its likely persistence next month.