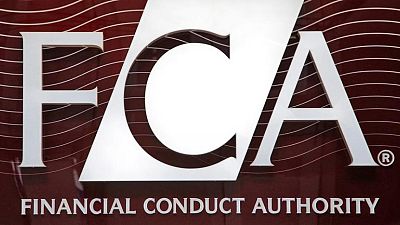 – Britain’s financial watchdog will not formally oppose Provident’s compensation plan for its doorstep lending unit in court even as it voiced concerns on Wednesday that consumers were being short-changed.

The Financial Conduct Authority (FCA), which successfully argued for a similar proposal by guarantor lender Amigo to be rejected in London’s High Court in May, said in a statement its decision to not oppose Provident’s plan was because the only likely alternative was the insolvency of the business.

Separately, Provident acknowledged the concerns which were expressed in a letter to it earlier in the week, and said the 50 million pound ($69 million) proposal was “fair and in the best interests of Consumer Credit Division (CCD) customers”.

Provident said if the court were to reject the scheme, it would withdraw financial support for CCD, which would then be expected to start insolvency proceedings, adding customers would receive no redress in that scenario.

The FCA, which concluded that the plan was inconsistent with its rules, principles and objectives, said it expected the company to bring the letter to the court’s attention at a hearing scheduled for July 30.

Provident said that since placing CCD into managed run-off in early May, its loan book has been reduced to 42 million pounds, while 1,000 employees have left the business.

“We see approval as being all but inevitable,” Numis analysts wrote in a note.

“While one cannot entirely rule out a potential U-turn on the part of the FCA, that seems extremely unlikely upon close examination of the letter,” Goodbody analysts said in a note.

Provident decided in May to close the unit and exit the home credit market altogether after a surge of customer complaints and as the pandemic hit turnaround efforts for the business.

It has said an independent assessment by Ernst and Young has backed the company’s view that CCD had no value and will likely face insolvency if the plan does not go through.

The industry, which lends to people who cannot get a loan from mainstream banks, has faced intense regulatory scrutiny in recent years for charging sky-high interest rates.

The court’s rejection of Amigo’s plan has left the lender scrambling to come up with a new scheme or face potential insolvency.