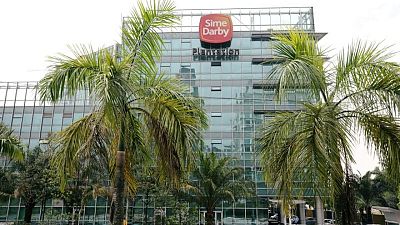 KUALALUMPUR -Two experts on Sime Darby Plantation Bhd’s human rights commission said on Wednesday they had resigned from the panel due to lack of transparency, in a potential setback for the company’s efforts to overturn a U.S. import ban.

The Malaysian palm oil giant established the commission in March after the United States imposed a ban on imports from the firm over accusations of forced labour.

“From the onset there has been an extremely limited exchange of information between SDP and the stakeholder panel, which has led to an overall feeling that the human rights commission process has been excessively limited in scope and lacking in transparency,” Hall said.

Sime Darby in an emailed response said the resignations would not change its commitment to completing the assessment and ensuring independent oversight, which it said was important to the company.

Hall and Nolan were appointed as part of an expert stakeholder panel to advise on an assessment of the company’s labour practices and any proposed remediation plans, conducted by ethical trade consultancy Impactt. Impactt declined to comment.

Nolan said the assessment report was delayed and no timeline for completion was provided.

Sime Darby, however, said expectations of a full assessment to be delivered within the original timeframe were unreasonable amid a strict coronavirus lockdown and when interviews and field assessments would pose a health risk. The evaluation would resume as soon as was practical, it said.

“We will implement any necessary changes to improve the working and living conditions of all our workers,” it added.

Hall and Nolan said they would re-engage with the company when there was a process that they can be involved in.

“We know there are concerns about labour rights and they are looking into it, and we hope they will continue to examine the issues that are going on, and be transparent about what they find,” Nolan said.

In March, non-profit Shift resigned from the commission in protest of Sime Darby’s decision to sue an activist. The world’s largest sustainable palm oil producer later withdrew the litigation.