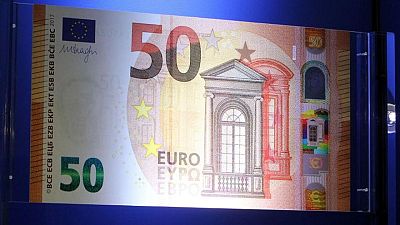 LONDON – Euro zone government bond yields ticked down on Wednesday, with German borrowing costs pulling back from one-week highs as comments from Federal Reserve chief Jerome Powell suggested the central bank was in no hurry to dial back emergency stimulus.

The U.S. job market “is still a ways off” from the progress the Fed wants to see before reducing its support for the economy, while current high inflation will ease “in coming months,” Powell said in remarks prepared for a congressional hearing.

U.S. treasury yields fell to session lows after the release of these remarks.

“Powell’s testimony was on the dovish side and the Treasury curve has steepened slightly in response”, Ben Jeffery, U.S. rates strategist at BMO Capital Markets commented via email.

Euro zone bond yields, which had been steady ahead of Powell’s comments, edged lower and stayed on that course after board member Isabel Schnabel argued the European Central Bank needed to see higher core inflation before changing its outlook and tightening policy.

“Higher inflation prospects need to be visibly reflected in actual underlying inflation dynamics before they warrant a more fundamental reassessment of the medium-term inflation outlook”, she said in a speech.

A rise in long-dated U.S. Treasury yields on Tuesday following weak demand for a $24 billion sale of 30-year bonds and a 3.39 billion euro ($4.00 billion) sale of 10-year German bonds had put some upward pressure on euro zone bond yields.

But price action was generally muted ahead of Powell’s testimony to Congress.

German Bund yields fell to three-month lows around -0.34% last week as markets reassessed the outlook for world growth and inflation.

Powell’s comments come a day after data showed the U.S. consumer price index increased 0.9% last month, the largest gain since June 2008, after advancing 0.6% in May.

So far, the Fed and the European Central Bank have said they will look past any near-term rise in inflation, which is likely to be driven by one-off factors.

But another strong U.S. inflation print is leading to questions over whether a pick-up in inflation really is transitory.

Analysts said an expectation the ECB would confirm its dovish stance at next week’s policy meeting – the first after a strategy review – continued to support euro zone bond markets.

“We don’t think the recent drop in yields will last,” he said. “Going forward, we think there is leeway for higher yields in the U.S. and Europe.”