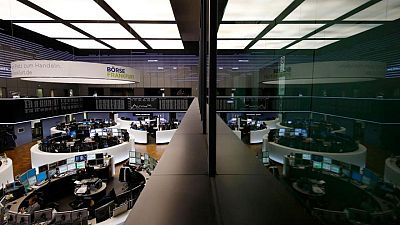 LONDON – The rush to invest in exchange-traded funds focusing on environmental, social and governance (ESG) issues jumped in the first half of 2021, with monthly turnover more than tripling to nearly 3 billion euros from a year ago, Deutsche Boerse said on Wednesday.

ESG assets are increasingly in demand among investors as companies that perform well on a range of issues from climate change to boardroom diversity are seen as better long-term investments than peers lagging in these areas.

Assets under management for ESG ETFs listed on Xetra amounted to 137 billion euros ($161.62 billion) at the end of June, compared to 43 billion euros a year earlier.

“Europe is at the forefront of ESG investing and that shows up in the development of our ESGETF strategy,” said Stephan Kraus, head of the ETF segment at Deutsche Boerse.

Bolstered in large part by a swathe of European Union legislation designed to help drive the bloc’s transition to a low-carbon economy, ESG ETFs have also benefited from their large holdings of in-demand mega-cap technology stocks.

While most of the world’s ESG funds are actively managed, passive funds are grabbing an increasing slice of the pie as the broader structural trend to access markets through cheaper index-tracking products gathers steam.

According to Morningstar data, flows into European ESG ETFs amounted to 27 billion euros in the first quarter of 2021, more than four times recorded in the same period last year.

On a global basis, flows into European focused ETFs are the biggest, dwarfing net flows into U.S. and other markets.

Total assets under management by ESG funds have swelled to nearly $1.7 trillion at the end of the March quarter, doubling from two years ago though most of the funds are dominated by active strategies.

While a global index of ESG shares has moved pretty much in lockstep with its broader global shares counterpart so far this year, some ESG ETFs have recorded stellar returns, according to Refinitiv data.