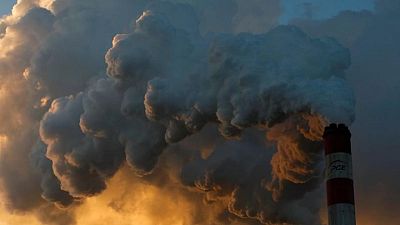 BRUSSELS – The European Commission on Wednesday proposed a template for sharing out the burden of cutting greenhouse gas emissions within the EU, setting out national targets that the 27 member states are certain to wrangle over.

The European Union’s executive was launching a sprawling package of climate policy proposals, all designed to hit the EU’s goal of cutting net emissions by 55% by 2030, from 1990 levels.

Most EU regulations are designed to meet an old target of a 40% cut, and the Commission said on Wednesday the new target had to mean tougher binding national goals for all.

Under the EU’s “effort sharing” rules, each country will have to curb emissions in specific sectors – including transport and heating buildings – by an amount calculated from its per capita economic output.

That means richer EU countries have tougher targets than poorer ones. The goals are also adjusted to make sure that emissions cuts happen in a cost-effective way.

But the details of the allocation are a sensitive issue among EU member states, whose approval is required to implement all the new policies.

The Commission proposed that Sweden, Finland, Germany, Denmark and Luxembourg all be obliged to cut relevant emissions by 50% by 2030, from 2005 levels. Those countries’ current targets range between 38% and 40%.

But poorer central and eastern European countries would also have to raise their game.

Bulgaria, whose existing target is simply not to increase its emissions by 2030, will need to deliver a 10% cut under the new proposal. Romania’s 2% target would be raised to 12.7%.

Andreas Graf, EU energy policy expert at the think tank Agora Energiewende, said the targets ought to be acceptable for the poorer countries, and that wealthier countries such as Germany and France had been asked for more than they may have expected.

Transport and buildings – the main sectors falling under national targets – make up roughly 25% and 36% of EU emissions, respectively.

Brussels on Wednesday unveiled a raft of other measures to make them greener, including a new carbon market that will impose CO2 costs on emissions from heating and transport fuels.