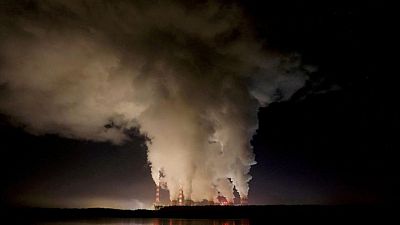 LONDON – Climate change financial ‘stress tests’ will need to be improved with better data and modelling, a new paper by a global oversight body has recommended, but potential losses at individual banks or insurers should not be publicly disclosed.

The report https://www.bis.org/fsi/publ/insights34.htm by the Financial Stability Institute, which is hosted by the Bank for International Settlements and mandated to assist banking supervisors around the world, looked at recent first attempts at climate stress tests in France and the Netherlands, and currently underway in Britain.

Key challenges have been the much longer time horizons required to assess vulnerabilities to global warming compared to traditional stress tests, as well as a lack of data on factors such as weather patterns and the location of physical assets that loans are made on or that are being insured.

“Given the early stages, there are not yet well established, common practices for banks’ climate risk stress testing across countries,” the report published on Wednesday said, adding that both methodological issues and data gaps would need to be addressed.

France’s pilot test on nine banks and 15 insurers published in May found that exposures to transition risks – or moving from polluting to more climate-friendly assets and from physical risks like fires and floods – were “rather moderate”.

The expected increase in claims and premiums for some insurance risks was particularly noticeable, however, and the Netherlands’ results estimated that banks could see losses worth just over 4% of their equity tier 1 ratio if carbon prices doubled and a rapid shift to renewables took place.

The Bank of England is just starting its first test https://www.reuters.com/business/sustainable-business/bank-england-launches-climate-stress-test-banks-insurers-2021-06-08. It will look at how the likes of HSBC, Barclays, Aviva and the Lloyd’s of London insurance market are likely to cope with global warming and more extreme weather events, but as in France and the Netherlands, the results will not be used to determine capital requirements.

Wednesday’s FSI report said that given the very high-level of uncertainty around climate change, authorities that have carried out tests so far have opted to disclose only the aggregate exposure for their systems.

It warned that disclosing potential long-term losses could be “counterproductive” given the very high level of uncertainty surrounding the estimates and “even trigger market turmoil” if the results spook investors.

“Communication of individual results to the bank itself, however, would be helpful,” it said, “to provide it with a benchmark for its own calculation of climate risk and for future in-house exercises it may run.”