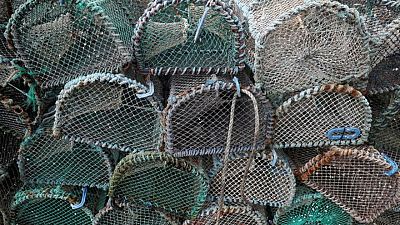 LONDON – Britain’s fisheries have been sold out by the post-Brexit trade deal agreed with the European Union, the head of an industry body said on Wednesday, urging the government to do more for the sector when a so-called adjustment period ends in 2026.

Winning back “control” of Britain’s fishing waters was one of the main drivers for Brexit, with the industry becoming the poster child for many supporters of the country’s departure from the EU during the 2016 referendum and beyond.

But Barrie Deas, chief executive of The National Federation of Fishermen’s Organisations, said the government’s assurances and promises made before striking a trade deal with the bloc late last year had been broken.

“It’s really quite hard to convey how sudden was the fishing industry’s fall from grace,” Deas told journalists.

“The flags flying over our vessels for the last couple of years had a slogan which was ‘fishing no sell out’ and that really spelt out our fears. Those flags now seem both politically astute and prescient because that’s what’s happened.”

He said there had been changes to quotas for fish “but at the margins”, that the deal with the EU had emboldened other states such as Norway, and producers of some live shellfish had experienced real difficulties in exporting to the bloc.

“In that sense it’s a tale of woe, very far away from the sea of opportunity that some spoke about,” he said, adding that the COVID-19 pandemic had also hurt the sector making it more difficult to quantify the impact.

The government lauded what it called its great deal with the EU on fisheries, saying over time Britain will be able to take advantage of becoming an “independent coastal state”.

Under the deal, Britain agreed to an adjustment period, when fishing rights for the bloc’s fleet in British waters will gradually be reduced over five years. From 2026, there will be annual talks to set the terms of access.

Deas said the government must show it can do more for the industry in 2026.

“One of the big questions is what happens after 2026 and it’s clear that the EU is quietly confident that it has sufficient what it calls dissuasive powers to prevent the UK from fully asserting its rights,” he said.