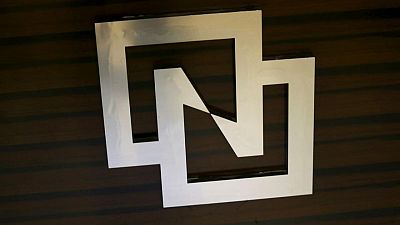 By Julie Zhu and Josh Horwitz

HONGKONG/SHANGHAI -Alibaba Group Holding Ltd and Chinese state-backed firms are weighing bids for a stake in Unisplendour Corp, a cloud computing infrastructure firm, that could fetch as much as $7.7 billion, people familiar with the matter said.

Chip conglomerate Tsinghua Unigroup, which is saddled with some $31 billion in debt, is looking to divest its 46.45% stake in Shenzhen-listed Unisplendour as more of its bond payments are coming due, they said.

Potential suitors include Wuxi Industry Development Group, a firm owned by the government of the eastern Chinese city of Wuxi, Beijing government-owned Beijing Electronics Holdings and state-backed semiconductor investment fund JAC Capital, said the people. They were not authorised to speak on the matter and declined to be identified.

If Alibaba submits an offer due by the July 20 deadline for binding bids, it will team up with a firm owned by a local government, said two of the people. They did not disclose the name of the potential partner.

A successful transaction for the e-commerce giant would be the first since Chinese regulators began to clamp down on the tech sector, beginning with the scuppering of affiliate Ant Financial’s mega listing late last year. Alibaba itself was hit with a record $2.8 billion fine in April for antimonopoly violations.

The Unisplendour stake is likely to be valued at between 40 billion yuan and 50 billion yuan ($6.2 billion-$7.7 billion), said two of the people. That would represent a premium of 34%-68% to the stock’s average price over the past month of 22.4 yuan, according to Reuters calculations.

Tsinghua Unigroup, which just last week was notified that its creditors have called for its restructuring, said in a statement to Reuters that to mitigate debt risks, it had “approached several investors under the guidance of a brought-in special working team”.

“Tsinghua Unigroup will make an overall arrangement for bringing in strategic investors if it enters a judicial restructuring,” it added.

Shares in Unisplendour erased losses after Reuters reported news of the potential suitors to be up 1% on Tuesday afternoon. They jumped 10% on Monday after Tsinghua Unigroup said it had been told of the creditors’ call for restructuring.

Potential bidders for the Unisplendour stake are primarily attracted to the company’s controlling stake in H3C, which makes server boxes for cloud computing centres, two of the sources said. Unisplendour purchased a 51% stake in H3C https://www.reuters.com/article/us-hp-m-a-tsinghuaunigroup-idUSKBN0O703V20150522 in 2015 from Hewlett-Packard for $2.3 billion.

H3C would be a valuable asset to players in China’s fast-growing cloud computing sector including Alibaba, which leads the domestic market in cloud computing, experts say.

Alibaba’s cloud computing division recently announced it had become profitable. The unit, which has a market share of some 40% according to research firm Canalys, is looking to go public in the next few years, said one of the sources.

Alibaba also did not respond to requests for comment on plans for its cloud computing unit.

Tsinghua Unigroup, which is 51% owned by the prestigious Tsinghua University and led by former real estate magnate Zhao Weiguo, became a prolific investor in chip firms over the last decade, aligning itself with a government push to boost China’s chip industry.

But few of its investments have led to sizeable profits. It defaulted or cross-defaulted on onshore and offshore bonds worth about $3.6 billion as of end-2020 and as of June last year, the group had just $8 billion in cash and cash equivalents compared to its $31 billion in debt, filings show.

Other key units include Yangtze Memory Technology Company, an up-and-coming player in flash memory and Unisoc, a maker of mobile phone processors.