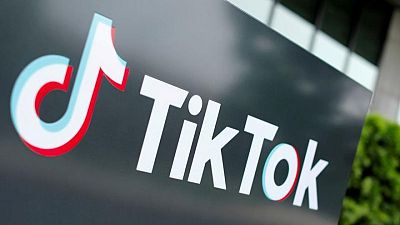 The Commerce Department on June 22 formally withdrew a list of prohibited transactions with ByteDance-owned TikTok and Tencent-owned WeChat issued in September that sought to bar downloads of the apps.

The Justice Department said Monday that the government’s legal challenges were now moot. It asked the U.S. Court of Appeals for the District of Columbia and the Third Circuit to dismiss its appeals.

Separately, the Justice Department said in a filing with the Ninth Circuit Court of Appeals that it had not decided how to proceed in its appeal of a lower court ruling blocking restrictions on WeChat that the Trump administration had sought to put in place.

The government said it was in talks with lawyers for the WeChat users who had filed suit “about appropriate next steps in this appeal.” The government plans to inform the court about its decision by July 26.

The Biden order directed the Commerce Department to monitor software applications like TikTok that could affect U.S. national security, as well as to make recommendations within 120 days to protect U.S. data acquired or accessible by companies controlled by foreign adversaries.

Commerce Secretary Gina Raimondo told Reuters in a June 28 interview that the department was “just getting started” with its review that will include an “evidence-based” analysis.

“The whole point of the executive order is to take really strong steps to protect Americans’ data from collection and utilization by foreign adversaries,” Raimondo said.