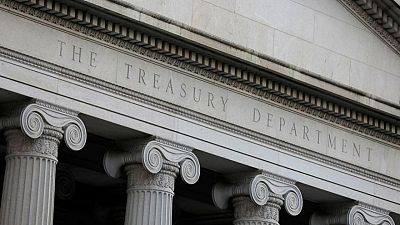 The iShares 20+ year Treasury Bond ETF attracted $1.4 billion of inflows in the past three weeks to Thursday, with around $447 million added in the last week.

“We see the balance of risks tilting toward higher yields as markets continue to price in the economic restart,” he said.

After steep declines earlier in the year, Treasuries have rallied over the past few weeks, sending the benchmark 10-year yield as low as 1.25% on Thursday. [US/]

The iShares iBoxx USD High Yield Corporate Bond ETF was the biggest beneficiary, attracting inflows of over $700 million. HYG‘s shares have risen as high as $88 in the last week, levels last seen before the coronavirus-prompted selloff in March 2020.