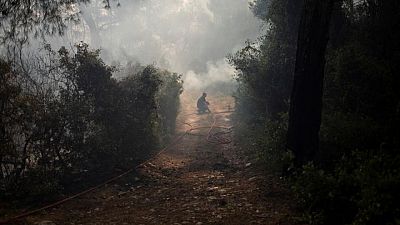 By Kate Abnett and Mark John

BRUSSELS/LONDON – A European Union plan to extend carbon pricing to the fuel used in cars and to heat homes is facing a wall of early resistance from countries and lawmakers fearing a public pushback unless backers find ways to compensate those worst hit.

According to leaked drafts, the scheme would set up an Emissions Trading Scheme (ETS) for transport and heating, creating a market price for carbon – a price that fuel suppliers are likely to pass on to Europe’s half a billion consumers in the form of higher bills.

Expected to be part of a package of proposals on July 14 aimed at ensuring the EU hits a target of cutting net emissions by 55% by 2030, it has been singled out by some capitals as something that could hurt the poorest in the 27-nation bloc.

Some even raise the prospect of it triggering “yellow vest” movements like the often violent protests that spread across France from late 2018 after an attempt to raise fuel taxes.

“This is a big risk for the willingness among the population to go forward with the transition,” one EU official said, of the EU’s goal to move towards a climate-neutral economy.

“We have to tread very carefully.”

If they go ahead with it next week, European Commission policy-drafters promise to add social protections, including by channeling some revenues from the new ETS into a social fund to support the needy.

But critics question whether risking a political backlash is wise for something they say will only indirectly influence consumers’ behaviour – especially when the EU is already planning tougher car CO2 standards and energy-saving requirements for buildings to curb emissions in those sectors.

“Taking such a political risk for a limited gain, I think it’s not worth it,” Pascal Canfin, a member of French President Emmanuel Macron’s La Republique En Marche! movement and chair of the European Parliament’s environment committee, told Reuters.

Canfin, who created a stir in June by declaring the plan “political suicide”, described it as a de facto regressive tax and cited analysis by the Commission itself suggesting an ETS for road transport would cut emissions by barely 3%.

Any plan proposed by the Commission must be negotiated and eventually approved by the European Parliament and member states.

The EU’s existing carbon market has slashed emissions in the power sector and supporters say that success can be replicated elsewhere, to encourage consumers to make greener choices.

“A carbon price is the most efficient way to encourage businesses and households to cut emissions,” said Elisabetta Cornago, research fellow at the Centre for European Reform in Brussels, adding that such policies should aim to redistribute any revenues generated to low-income households.

The economic, political and social backdrop to next week’s announcement is certainly challenging.

A year-long market rally in crude oil on the back of hopes of global economic recovery has already pushed energy prices and inflation rates higher, while the pandemic has exacerbated existing wealth inequalities.

Surveys show a large majority of Europeans support the EU’s ambitious emissions-cutting goals. But even those who support tackling climate change are reluctant to pay for it directly.

A poll last month found that 75% of Germans rejected fuel price hikes as a way of addressing climate change.

In theory, a carbon pricing mechanism should be the most politically palatable way of achieving emission-cutting goals -less visible and draconian than upfront tax increases.

In Canada, a carbon polluting pricing system hailed by some as a model scheme included a rebate that people can claim back via their annual tax filings. But in Europe, tax remains very much in the hands of member states.

“The EU just doesn’t have the competency to give direct payments,” said Michael Bloss, a European Parliament lawmaker for the German Greens, who urge the EU to target companies instead, for example by banning combustion engine car sales.

The Commission has yet to reveal the details of the policy’s social fund to support those in need – such as consumers who cannot change their travel behaviour due to limited transport options or because they rent their home so cannot replace an inefficient boiler.

“It’s too much to expect people to react rationally to price signals unless actions like building renovation are made a lot easier and cheaper,” said Brook Riley, head of EU affairs for insulation manufacturer Rockwool, who said ETS proceeds should be earmarked for such measures.

Another challenge is that poorer ex-communist countries in the east which rely more on coal-fuelled energy worry that an EU-wide price would hit them hardest.

“A strong compensation mechanism would need to be in place to minimalise negative social consequences,” an official from one EU country said, adding that some poorer countries have an older – and thus dirtier – car fleet than the EU average.

With transport and heating not due to face CO2 costs until 2026, according to a draft version of the policy seen by Reuters, the sting will not be felt until after September’s German election or the French presidential race in 2022, two defining moments for Europe’s future political make-up.

It also provides ample time for countries to prepare, for example by using the billions of euros available from the EU’s post-pandemic recovery fund to build charging stations for electric cars or make buildings more energy-efficient.

But cutting carbon emissions will always carry a price tag, and Cornago said policymakers would need to spell that out for the public: “It’s important that the Commission and member states don’t let the extreme parties handle the headlines.”