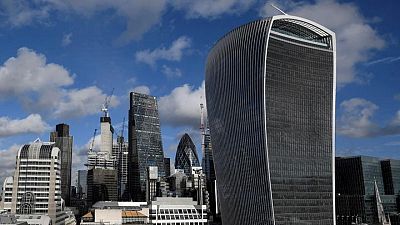 LONDON – Fintech companies based in London raised more funding from venture capital investors in the first six months of 2021 than in any other year, demonstrating the British capital’s resilience as a hub for digital financial services post-Brexit.

Investors poured $5.3 billion into London fintech startups in the first half of the year, compared to $2.1 billion in the same period in 2020, new research from Dealroom and agency London & Partners found.

London fintechs accounted for a large share of Europe’s growth, representing over a third of the region’s funding.

Globally, the city of London ranks second behind San Francisco and slightly ahead of New York, the research found.

Local entrepreneurs and investors said the figures showed the British capital could remain a leading fintech hub even after the country’s exit from the European Union and the economic damage caused by the COVID-19 pandemic.

“Today’s investment figures are a vote of confidence for the UK fintech sector,” Anne Boden, CEO of neobank Starling, said.

Despite the growth, concerns remain about the impact of Brexit, particularly around access to talent and licences.

“The loss of passporting after Brexit means that licensing and international expansion is no longer easiest in London,” said Charles Delingpole, CEO of startup ComplyAdvantage. “London therefore has to move to a higher value added model focused on a global rather than European hub role.”

The new research emerges after a successful markets debut for Wise, one of London’s best known financial technology companies.

Wise shares opened at 800 pence on its London Stock Exchange debut on Wednesday, giving a market capitalisation of 7.95 billion pounds, well above market expectations from earlier this year.