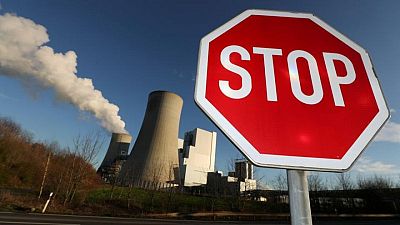 LONDON – A private sector taskforce set up to help grow the voluntary carbon offset market into a multibillion-dollar marketplace said on Thursday it was seeking members for the governance body who will set its rules.

Currently offsets, generated through emission reductions such as planting trees or switching to less polluting fuels, trade in a small voluntary market, often on a project-by-project basis.

As more companies look to carbon offsets to help meet their climate targets, it could be scaled up to a market worth up to $50 billion by 2030, depending on the prices achieved, by creating more transparent, liquid and standardised contracts, the taskforce has previously said.

“This market will allow participants to trade with confidence – safe in the knowledge that this activity is making a difference to the planet and its people,” Bill Winters, Chair of the Taskforce on Scaling Voluntary Carbon Markets and Group Chief Executive of bank Standard Chartered said on Thursday.

The taskforce hopes to set up an independent governance body by the end of the year, with an expert panel informing a board of directors who will set criteria for the core carbon principles of the offsets to be used under the scheme.

Some green groups however fear the growth of the offset market could allow polluting firms to buy their way out of cutting emissions.

“This market might be good news for the bankers and polluters who profit from it, but it would mark a terrible step for the rest of the world and a huge blow to our efforts to tackle the climate crises,” said Charlie Kronick, Senior Climate Adviser at Greenpeace UK.

The Taskforce, promoted by former central banker Mark Carney has more than 250 member institutions including buyers and sellers of carbon credits, standard setters and financial institutions.