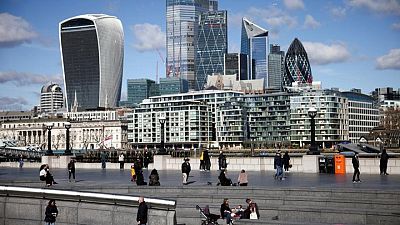 LONDON – Britain’s “big bang”-era financial rules need a refresh to show the world that the City of London is open to business after Brexit ended access to the European Union, a think-tank report said on Thursday.

The Overseas Person Exclusion (OPE) rules were introduced in 1986 as part of wholesale market liberalisation that helped the City become a global financial powerhouse.

One of the most liberal market access regimes in the world, it allows financial firms based abroad to serve customers in Britain without authorisation or a base in the country.

But complicated EU rules over the years, now embedded in British law since Brexit, have muddied the waters on who can benefit from the regime, the International Regulatory Strategy Group (IRSG) said in a report on Thursday.

The IRSG, sponsored by the City of London and TheCityUK, which promotes the UK financial sector abroad, says OPE gives British financial customers a wider choice of services, though there are no figures on actual activity.

Britain’s City Minister John Glen, who opened a public consultation last December on whether the OPE rules need reforming, is due to speak at the report’s launch on Thursday.

Rachel Kent, a lawyer at Hogan Lovells who helped to write the IRSG report, said OPE needs targeted changes so that foreign firms can more easily predict when they can serve UK customers remotely and when they need a UK physical base and authorisation.

“Digitalisation and home working since the pandemic has brought that question into sharp focus,” Kent said.

These changes would reassure many EU firms they were welcome to continue operating as a branch in London without having to convert into an expensive subsidiary, Kent said.