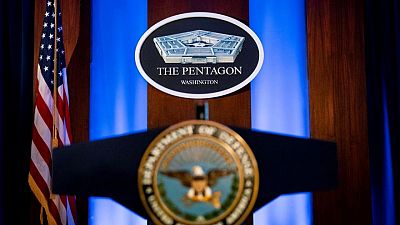 – The U.S. Defense Department canceled its $10 billion JEDI cloud-computing project this week, reversing the Trump-era award to Microsoft Corp and announcing a new contract expected to include its rival Amazon.com Inc and possibly other cloud players.

Here are six things to know about the now-defunct cloud computing contract.

The Joint Enterprise Defense Infrastructure (JEDI) was an IT modernization project to build a large, common commercial cloud for the Department of Defense. Data from many Pentagon programs remains isolated in separate systems that cannot easily share information such as targeting, or logistical data. Moving the Pentagon to the cloud is intended to make war-fighting easier and more seamless.

While the Trump administration wanted a single cloud-computing provider for the Department of Defense as laid out under JEDI, the Biden administration canceled it in favor of parceling out the project to multiple firms. Such a move would put the military more in line with private-sector companies, many of whom split up their cloud computing work among multiple vendors to avoid being locked in to any specific one.

The Pentagon hopes to have the first awards by April 2022 for its new Joint Warfighter Cloud Capability (JWCC), a multi-award, multi-vendor cloud contract for up to five years. Microsoft and Amazon will likely win direct awards.

Other top cloud companies include Oracle Corp, Alphabet Inc’s Google and IBM Corp. Google and IBM said they were both interested in working with the federal government but stopped short of saying whether they would bid. The Pentagon welcomed companies other than Microsoft and Amazon, adding they would need to meet unnamed requirements likely focused in part on data security.

Amazon Web Services, the biggest cloud computing provider, was widely expected to win the contract when it was first announced. But when the Pentagon awarded the sole-source deal to Microsoft in 2019, Amazon filed a lawsuit challenging the decision under then-President Donald Trump, alleging the former president exerted improper pressure on military officials to steer the contract away from Amazon.

Amazon said in 2019 the Pentagon decision was full of “egregious errors,” which it suggested were a result of “improper pressure from Trump.” Trump publicly derided then-Amazon CEO Jeff Bezos and repeatedly criticized the company. Amazon in its lawsuit cited a 2019 book that reported Trump had directed the Defense Department to “screw Amazon” out of the JEDI contract.