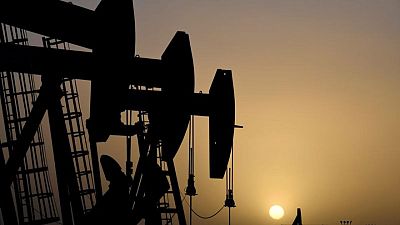 NEWYORK -Oil prices fell more than $1 a barrel on Wednesday in another seesaw trading session, as investors feared what this week’s collapse in OPEC+ talks meant for worldwide production.

Crude markets have been volatile over the last two days following the breakdown of discussions between major oil producers Saudi Arabia and United Arab Emirates.

The Organization of the Petroleum Exporting Countries and its allies, including Russia, known as OPEC+, have restrained supply for more than a year since demand crashed during the coronavirus pandemic.

The group is maintaining nearly 6 million bpd of output cuts and was expected to add to supply, but three days of meetings failed to close divisions between the Saudis and the Emiratis.

For now, the existing agreement that keeps supply restrained remains in force. But the breakdown also could lead producers, eager to capitalize on the rebound in demand, to start supplying more oil previously predicted.

“Some people are fearing a production war, but I think most people think that’s unlikely,” said Phil Flynn, senior analyst at Price Futures Group in Chicago. “It is possible the UAE could leave OPEC and just do it’s own thing, and if that happens, then it would be a question of competition for market share.”

Russia is now leading efforts to close divisions between the Saudis and UAE to help strike a deal to raise oil output in coming months, three OPEC+ sources said.

Saudi Energy Minister Prince Abdulaziz bin Salman dampened concerns of a price war in an interview with CNBC on Tuesday.

Crude stocks fell by 8 million barrels for the week ended July 2, according to two market sources, citing American Petroleum Institute figures, compared to an estimate of a 4 million barrel fall by analysts in a Reuters poll. [API/S]

Official government inventory data is due on Thursday, pushed back a day following the U.S. Fourth of July holiday. [EIA/S]