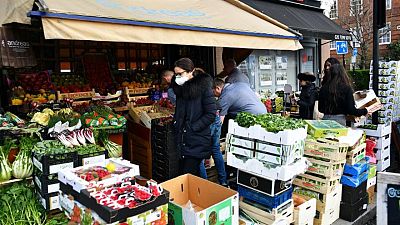 LONDON -Britain faces another jump in its 2-trillion-pound ($2.8 trillion) public debt pile to make its economy net carbon zero by 2050, but quick global action could make the hit less severe than that of the coronavirus pandemic, a fiscal watchdog said.

An early-action scenario would add 21% of gross domestic product to public sector net debt in 2050-51, or 469 billion pounds ($650 billion) in today’s terms, the Office for Budget Responsibility said.

While a huge increase in historical terms, “that is somewhat smaller than the addition to net debt as a result of the pandemic,” the OBR said in a report on future budget risks.

That scenario assumed the government would take on about a quarter of the 1.4-trillion-pound cost of making Britain’s economy net carbon zero by 2050, or a net cost of 344 billion pounds when combined with energy-efficiency savings.

“But spread across three decades, this represents an average of just 0.4 percent of GDP a year,” the report said.

In a delayed-action scenario, whereby no decisive global action against climate change is taken by 2030 before it is rushed out, debt in 2050-51 would be 23% of GDP higher than in the early-action scenario.

Earlier on Tuesday, Richard Hughes, the OBR‘s chairman, said Britain’s debt mountain was more exposed to inflation and interest rate shocks than before the COVID-19 pandemic, largely because of shorter maturities and more inflation-linked bonds.

The OBR said the impact on government debt-servicing costs of a one-percentage-point rise in rates was now six times greater than before the 2007-09 financial crisis, and almost twice from before the pandemic.

“It used to be the case that governments could inflate their debt away. It is less and less the case as we go into the future,” Hughes said.

Other impacts of the pandemic meant finance minister Rishi Sunak was likely to face an extra 10 billion pounds a year in spending on health, education and on transport, which has been hit by lower passenger numbers.

Sunak’s emergency COVID-19 spending and tax cuts have saddled Britain with its biggest ever peacetime budget deficit. He has promised to get the public finances back on “a sustainable footing”.

The OBR underscored the importance of preparing for future crises: “The arrival of two major economic shocks in quick succession need not constitute a trend, but there are reasons to believe that advanced economies may be increasingly exposed to large, and potentially catastrophic, risks.”