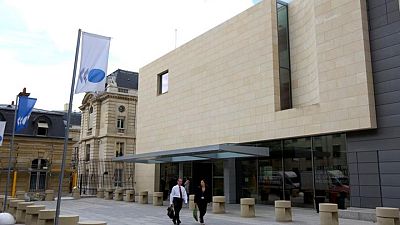 By Leigh Thomas and Andrea Shalal

PARIS – A long road strewn with potential political pitfalls lies ahead for countries seeking to end a race to the bottom on international corporate tax, even though 130 of them have agreed to overhaul the way multinationals are taxed.

Nearly all 139 countries involved in talks at the Paris-based Organisation for Economic Cooperation and Development (OECD) last week backed plans for new rules on where companies’ profits are taxed, and a rate of at least 15%.

With ink barely dry on the agreement, jubilant politicians in higher-tax countries declared that what French Finance Minister Bruno Le Maire termed the “most important international tax deal in a century” had ended tax competition among governments.

G20 finance ministers are expected to endorse the deal at meetings on Friday and Saturday in Venice, adding momentum to a global initiative that in June prompted G7 ministers to back a clampdown on tax havens including the British Virgin Islands.

The new rules emerging from the OECD pact are tentatively scheduled to take effect in 2023, but for that to happen, countries must hammer out remaining details by October so tax codes can be revised next year – and some signatories, including India and Switzerland, have since expressed reservations.

That suggests a 2023 implementation could be optimistic, given that many countries took years to ratify an earlier less far-reaching amendment to international tax treaties.

In the European Union, the world’s biggest trading bloc in terms of consumer wealth, the best vehicle for enforcing the rules would be an EU law. That could come during France’s six-month presidency stint in the first half of 2022.

However, like all tax decisions in the EU, that would require unanimous backing from member states, and none of low-tax Estonia, Hungary and Ireland supported the OECD agreement.

“There will be pressure on the remaining three countries to change their position,” a source close to the tax talks said.

Another source said that while the Irish and Estonians could probably be swayed, the Hungarians would likely be harder. Cyprus, which was not involved in the OECD talks but is an EU member, will also have to be convinced.

For Peter Vale, international tax partner in the Dublin office of accountants Grant Thornton, there is ultimately little that countries like Ireland can do to keep the deal from going ahead.

“The hope would be that Ireland and other countries, including some who have signed up to it, can exert some influence and impact on that rate so maybe it is capped at 15%. That’s something that Ireland can probably live with,” he added.

But other potential complications exist.

The European Commission aims to present plans this month for a levy on digital services, needed to finance the bloc’s 750 billion euro ($890 billion) post-pandemic recovery fund but which risks falling foul of Washington.

Brussels has insisted the new charge is a broad-based levy, not a tax, that would mostly cover European companies.

The Biden administration appears likely to enact its tax plans using a Democrats-only legislative measure. But it is unclear if Washington would need to change any bilateral tax treaties, which would require a two-thirds majority in the Senate.