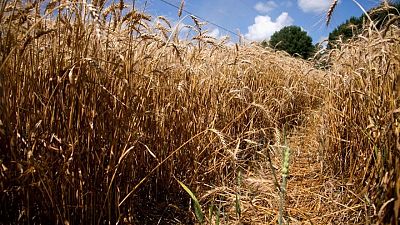 PARIS -Food commodities are likely to become cheaper in the coming decade as productivity grows, but global targets on reducing hunger and emissions are unlikely to be met under current policies, the U.N. Food and Agriculture Organisation and the OECD said on Monday.

Agricultural commodity prices have surged since last year due to a boom in Chinese imports and tightening inventories, leading the FAO last month to forecast record costs in 2021 for food importers.

However, prices of most agricultural commodities should fall slightly in real terms in the decade ahead, reverting to a long-term trend of improving production meeting rising demand from a growing population, the FAO and the Organisation for Economic Cooperation and Development (OECD) said in a joint report.

“The fundamentals don’t say to us that we will be moving to a supercycle of commodity prices,” Maximo Torero, the FAO‘s chief economist, said during a presentation of the FAO/OECD Agricultural Outlook 2021-2030.

Chinese demand will remain a driver of global agricultural markets, particularly for meat, fish and feed grains, but rising at a lower pace than in the past decade as China’s population expands more slowly and consumption of some foodstuffs levels off, the report said.

Overall greenhouse gas emissions from agriculture are projected to increase by 4% over 10 years, not fall, with livestock accounting for some 80% of the rise – and a U.N. goal of “zero hunger” by 2030 remains far off.

“The problem is distribution and access to food in some regions,” OECD Secretary-General Mathias Cormann said, reiterating his organisation’s call for farm subsidies to focus more on infrastructure and innovation.

Net agricultural exports from Europe and Central Asia are seen doubling over the decade due to Russian and Ukrainian grain shipments.

In contrast, net imports to sub-Saharan Africa are projected to rise by 75% by 2030 due to higher imports of wheat, rice, maize and soybean.