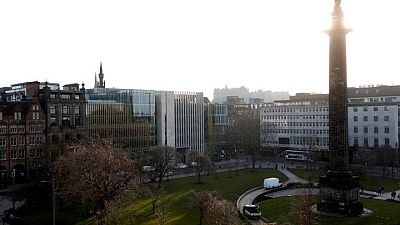 LONDON – British investment manager abrdn, formerly Standard Life Aberdeen, is dropping the capital letter from its name, it said on Monday as it rolled out a branding revamp.

Abrdn received a large amount of publicity, much of it negative, when it announced name change plans in April.

Stephen Bird, CEO of abrdn, said the asset manager had in addition decided to drop the capital “A” following positive feedback on a lower-case name from clients and employees.

All the changes take effect from Monday.

“Branding had to be simple, clear and distinctive,” Bird told Reuters.

The asset manager, a sponsor of the Scottish Open golf tournament and Edinburgh International Festival, said the name would be pronounced Aberdeen.

It is also simplifying its structure to focus on three areas: investments, adviser and personal.

“I came into a merging company. It had been taking too long to merge and too long to prove the benefits of the original concept,” Bird said.

Phoenix took on the Standard Life brand from the asset manager in Feb 2021 and sold back some of the businesses it bought in 2018, as the pair simplified the partnership.

Bird declined to detail the cost of the branding change, which was undertaken by Wolff Olins, but said it had been covered by the sale of the Standard Life brand.

Abrdn also said on Monday it was partnering with charity Hello World to fund computer hubs in “disconnected communities”.