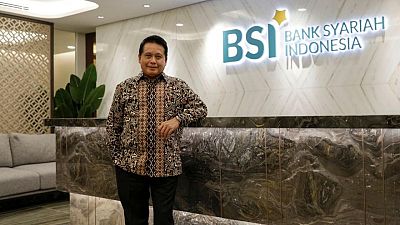 JAKARTA – A rise in religious conservatism in Indonesia is drawing talent away from what some view as un-Islamic jobs in banking, industry professionals say, creating hiring woes for conventional banks but a boon for the country’s fledgling sharia finance sector.

Reuters spoke to a dozen industry sources over how concern about Islamic law barring exploitative interest payments, known as “riba”, is reverberating through the world of Indonesian finance.

Since 2018, hiring for banks and fintech companies in peer-to-peer lending, payments and investment platforms has been more challenging, said Rini Kusumawardhani, a finance sector recruiter at Robert Walters Indonesia.

“Roughly speaking 15 out of 50 candidates” would refuse a job within conventional banking and peer-to-peer lending, she told Reuters. “Their reason was quite clear-cut. They wanted to avoid riba.”

Islamic scholars do not all agree on what constitutes riba. Some say interest on a bank loan is an example, but others say that while such loans should be discouraged, they are not sinful.

“It’s so common that the stigma is if one borrows it’s identical with riba,” Finance Minister Sri Mulyani Indrawati told a webinar on the Islamic economy earlier this year. “But loans are allowed in the Koran as long as they’re taken carefully and they’re recorded correctly.”

Islamic banking accounts for just over 6% of the roughly $634 billion assets in Indonesia’s banking industry – but has seen tremendous growth in recent years. Savings in Islamic banks jumped 80% from end-2018 to March 2021, outstripping the 18% growth in conventional counterparts, while financing also grew faster than conventional loan growth.

Exactly how many have left Indonesia’s conventional banking sector is unclear. Statistics show a gradual employment drop, but this may also reflect digitalisation or coronavirus pandemic-related layoffs.

As of February, there were 1.5 million people overall employed in finance and the sector offered Indonesia’s third-highest average salary, government data showed. The sector employed 1.7 million in 2018.

For 36-year-old Syahril Luthfi, finding online articles labelling riba as “tens of times more sinful than committing adultery with your own mother” was enough to persuade him to quit his conventional bank job and move to an Islamic lender, he said.

Concerns over the issue have helped create online support groups for former bankers, including XBank Indonesia, which claims nearly 25,000 active members on a messaging platform and has an Instagram account with half a million followers.

Its chairman, El Chandra, said in an email the community was founded in 2017 to support those facing challenges quitting a financially supportive, but un-Islamic job.

“To decide to quit a riba-ridden job is not easy, many things must be taken into consideration,” said Chandra, who said some branded those who quit as stupid or radical.

XBank Indonesia advises people against taking out mortgages and other loans. But it’s hard to measure the impact on demand for banking products among the so-called “hijrah” movement of more conservative young, middle-class Indonesians now embracing Islam – many already didn’t use banks to the extent Western peers might.

However, he views the hijrah trend as an opportunity for sharia finance, explaining how it determined a decision to merge the Islamic banking units of BRI and two other state-controlled lenders in February to form the country’s biggest Islamic lender, Bank Syariah Indonesia (BSI).

BSI‘s chief executive Hery Gunardi told Reuters it planned to cater to the growing community of more religious millennials in a bid to double its assets.

In fintech, some startups have also been trying to align with Islam, to tap a bigger slice of Indonesia’s multi-billion dollar internet economy.

Dima Djani, founder of Islamic lending startup ALAMI, expects Islamic financial products to really take off in two to three years as the hijrah movement matures, impacting people’s “lifestyle, their looks, their food and their travel” as they learn more about their religion.

“But in the end, as they continue to learn and shift their behaviour … they will shift their finances,” added Dima, who previously worked at foreign banks. He said due to high demand, he planned to expand ALAMI into an Islamic digital bank later this year.