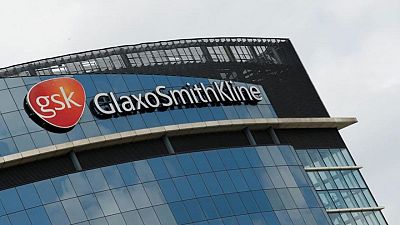 FRANKFURT – GlaxoSmithKline will lay out plans to boost the spending power of its research-focused pharmaceuticals business at an investor day on Wednesday, as analysts call on the British drugmaker to boost drug development prospects with takeovers or alliances.

New GSK, the pharma business to be separated from its consumer product operations next year, will cut dividend payouts and shift some debt to the consumer unit, leaving scope for investments to revive its sluggish stock market performance.

GSK‘s share price has fallen 14% over the past 12 months versus a 5% rise in the STOXX Europe 600 Health Care index, hit by a lack of fast-growing products and as patients deferred treatments due to the coronavirus pandemic.

The company is the world’s largest vaccine maker by sales, but has fallen behind rivals such as AstraZeneca in the race to develop a shot against the coronavirus.

Luke Miels, chief commercial officer at GSK, told Reuters that the market was underestimating the company’s value “both in terms of our growth prospects with the products that we have in the market now, and also our (drug development) pipeline”.

The company said in April it was looking at partnerships and deals with drug and vaccine developers, particularly in immunology and genetics.

Miels said key trial read-outs are due over the next two years, though it will take longer to see results from a more fundamental upgrade of research and development (R&D), gunning for therapy breakthroughs rather than incremental improvement.

GSK‘s track record this year has been sobering. In oncology, compounds bintrafusp alfa and feladilimab, previously touted as potential billion-sellers, fell through in trials.

The loss of patent exclusivity on HIV drug dolutegravir looms at the end of 2027, with about 3 billion pounds in annual sales expected to vanish.

“Given the recent failures in the mid-stage pipeline… supplementing the internal R&D pipeline via additional collaborations or acquisitions makes strategic sense,” Berenberg analysts wrote in a note.

Expectation around the investor day has grown since a report in April that activist investor Elliott Management has taken a large stake in GSK. There has also been speculation about the future of Emma Walmsley, chief executive since 2017 and former head of the consumer products division.

GSK, whose consumer products include brands such as Sensodyne toothpaste, Advil pain killers and Nicorette gum, has a market valuation of more than 70 billion pounds ($97 billion), and a separately listed pharma business would be expected to be one of Britain’s bigger companies in its own right.

Analysts say the separation of the consumer products division, a joint venture with U.S. pharmaceuticals group Pfizer, could take the form of an initial public offering, with proceeds going to the innovative pharma business.

GSK has said the consumer products business will take on net debt worth 3.5 to 4 times its annual adjusted earnings before interest, taxes, depreciation and amortisation (EBITDA). That is up from 2 times for all of GSK currently.

The pharma business in turn will have lower debt.

“Post-separation, the balance sheet will be in a stronger position to execute on larger transactions should the opportunity or need arise,” said Louise Pearson, an analyst at brokerage Redburn.

To give itself even more financial wiggle room, GSK has flagged dividends will be cut from next year, with analysts projecting a reduction to about 40% of earnings, down from more than 80% this year.

“Continued investment in the pipeline ahead of (the 2022 split) is anticipated as management must convince the market that the Pharmaceuticals business can live without Consumer Healthcare,” Berenberg said.

Much will ride on trial results expected this year and next, including for a combination therapy with cancer drug Blenrep, for experimental anaemia treatment daprodustat to ease chronic kidney disease, and for novel antibiotic gepotidacin against urinary tract infections.

“Hopefully over the next couple of years the changes in R&D will be more visible and reflected in the share price,” said Miels.