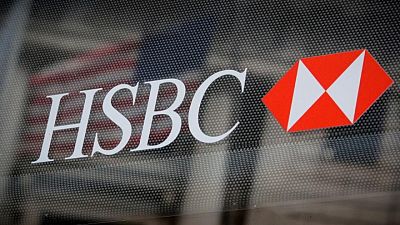 LONDON/PARIS -HSBC has agreed to sell its French retail bank to My Money Group, which is backed by private equity firm Cerberus, ending a long effort by the British bank to dispose of the struggling business as it focuses on Asia.

The deal announced by My Money on Friday sees HSBC take another significant step in a wider retreat from slow-growing European and North American markets where it has struggled against larger domestic players.

Meanwhile Cerberus continues to snap up banks in Europe, where the U.S. based private equity fund already owns stakes in Deutsche Bank and Commerzbank.

The deal will see My Money acquire HSBC‘s 244 branches, around 3900 staff and 24 billion euros in assets, creating at a stroke what My Money described as a new challenger bank in France’s crowded retail banking landscape.

“Our aim would be for the bank to return to profitability, three years after we have taken control of it,” My Money Chief Executive Eric Shehadeh said in a statement.

HSBC shares were down 1.8% at 1236 GMT, having slipped ahead of the formal announcement of a deal that had already been widely reported.

My Money said it will resurrect the Credit Commercial de France (CCF) brand, which HSBC bought for some 11 billion euros 21 years ago as it attempted to gain a foothold in one of Europe’s biggest markets. It also plans to invest 200 million euros in the HSBC unit’s technology infrastructure.

Under French law, the two parties have to consult employees on the deal, and if HSBC and My Money decide to proceed it could be signed in the third or fourth quarter of this year, with completion due in 2023.

HSBC will retain other parts of its French business including its investment and business banking units.

The deal marks HSBC‘s second exit from a major Western market this year after it sold its U.S. retail banking businesses, as Chief Executive Noel Quinn cuts his losses in markets where HSBC has long struggled to be profitable.

HSBC put its French retail business under “strategic review” in September 2019, with a sale launched in December the same year, as it abandoned a long struggle to generate sufficient profits from the unit.

The business made a loss before tax of 236 million euros for the financial year ended 31 Dec 2020, My Money’s statement said.

HSBC struggled to attract interest as bidders fretted at the heavy restructuring assumed to be necessary, and complex talks with local regulators. French banks, which initially studied the dossier, all walked away.