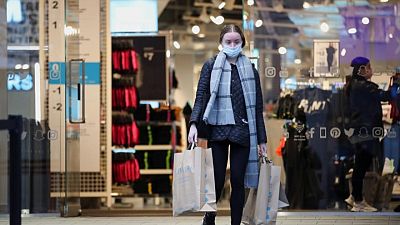 LONDON -British retail sales fell unexpectedly last month as a lifting of lockdown restrictions encouraged spending in restaurants rather than shops, according to official data.

Retail sales fell 1.4% between April and May, the Office for National Statistics said.

A Reuters poll of economists had pointed to an 1.6% month-on-month increase in retail sales volumes for May. Only three of 19 forecasts showed a fall.

“Anecdotal evidence suggests the easing of hospitality restrictions had an impact on sales as people returned to eating and drinking at locations such as restaurants and bars,” the ONS said.

Most economists said the weak retail sales data was not necessarily suggestive of weaker consumer spending as the economy recovers from the COVID-19 pandemic, since hospitality businesses have reported booming trade.

“Households’ real disposable income looks set to fall in Q4, as the end of the furlough scheme reduces employment and inflation rises to match wage growth,” he said.

The rapid advance of the “delta” variant of COVID-19, despite Britain’s swift roll-out of vaccines, could also crimp household spending in the weeks ahead.

An end to lockdown in England that had been scheduled for Monday has been delayed for four weeks.

In annual terms, retail sales were 24.6% higher than May last year, short of the median expectation for a 29.0% increase.

Household good stores bucked the wider decline with month-on-month growth of 9.0%, which the ONS linked to spending on outdoor goods.

Earlier this week, motoring and outdoor goods store Halfords said it had been doing a roaring trade in bicycles.